Bollywood superstar Aamir Khan and filmmaker Kiran Rao released a joint statement to announce their separation after 15 years or marriage...

Both Aamir and Kiran first met at the sets of Lagaan in 2001, when the actor was still married to Reena Dutta and has two children. Following the movie, Aamir Khan filed for divorce from Reena which ended their 15 years of marriage.

Four years later, Aamir got married to Kiran and now the couple has decided to end things amicably 15 years later.

In a joint statement, Aamir and Kiran revealed that they are starting a new chapter in their lives, not as husband and wife, but as co-parents and family for each other. They further noted that they will raise their son together and still work on joint projects.

Check out their joint statement here: 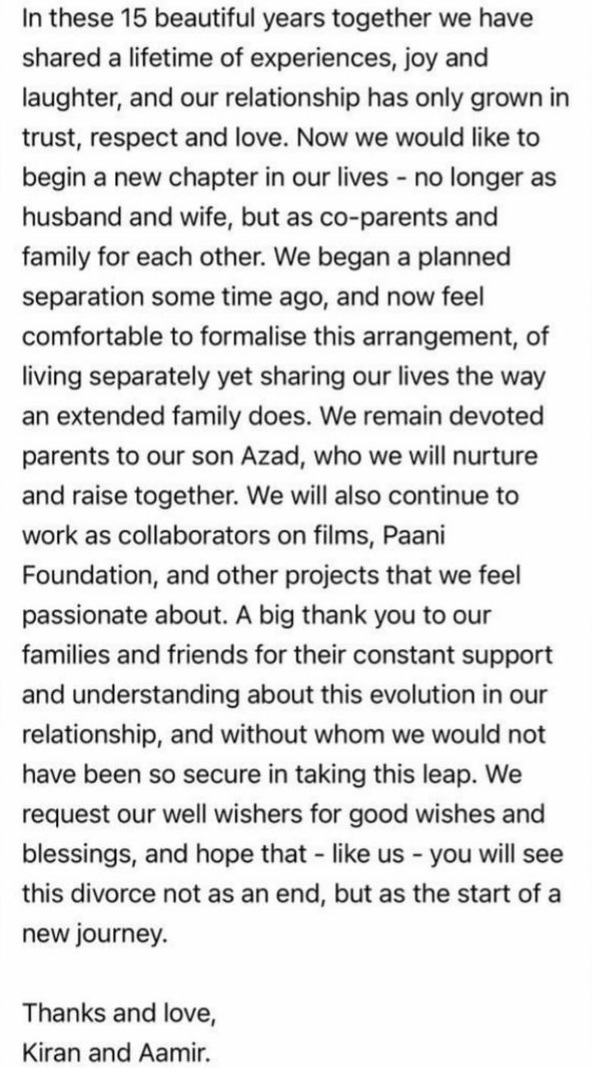