"Aari is the Title Winner!" - This Kollywood Artist Explains Why!

"Aari is the Title Winner!" - This Kollywood Artist Explains Why!

Popular music composer James Vasanthan has declared that Aari will be the champion of Bigg Boss S4 and showered praises on him in a Facebook post.

In the post, James stated that he's impressed how Aari manages such animosity from all the contestants and maintains his cool.

Aari is not a contestant favoured by the others in the Bigg Boss house but he has a huge fan base in the outside world. He's been saved by tha viewers every time he enters the weekly nominations.

James Vasanthan seems to be one of his fans and explained how he's overwhelmed with Aari's capability to stay grounded even after being locked up and isolated for 75 days. 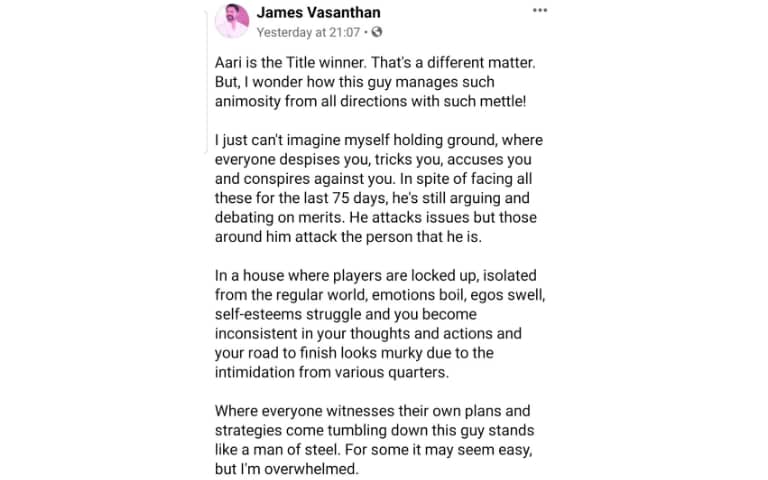