Serial actors Ranjith and Priya Raman are celebrating their 22nd anniversary together after years of separation. Check out their posts here...

mag
Serial actors Ranjith and Priya Raman are on-screen turned real couple who fell in love on the sets of Nesam Puthusu and got married in the year 1999.

The couple has two children named Aakash and Adithya. However, they went on their separate ways in 2014.

In an old interview, actress Priya revealed that she was the main reason behind the failed marriage.

Years later, the couple was spotted together and their picture went viral. And now the couple has confirmed they are back together when both wished each other on their 22nd wedding anniversary.

Check out their posts here: 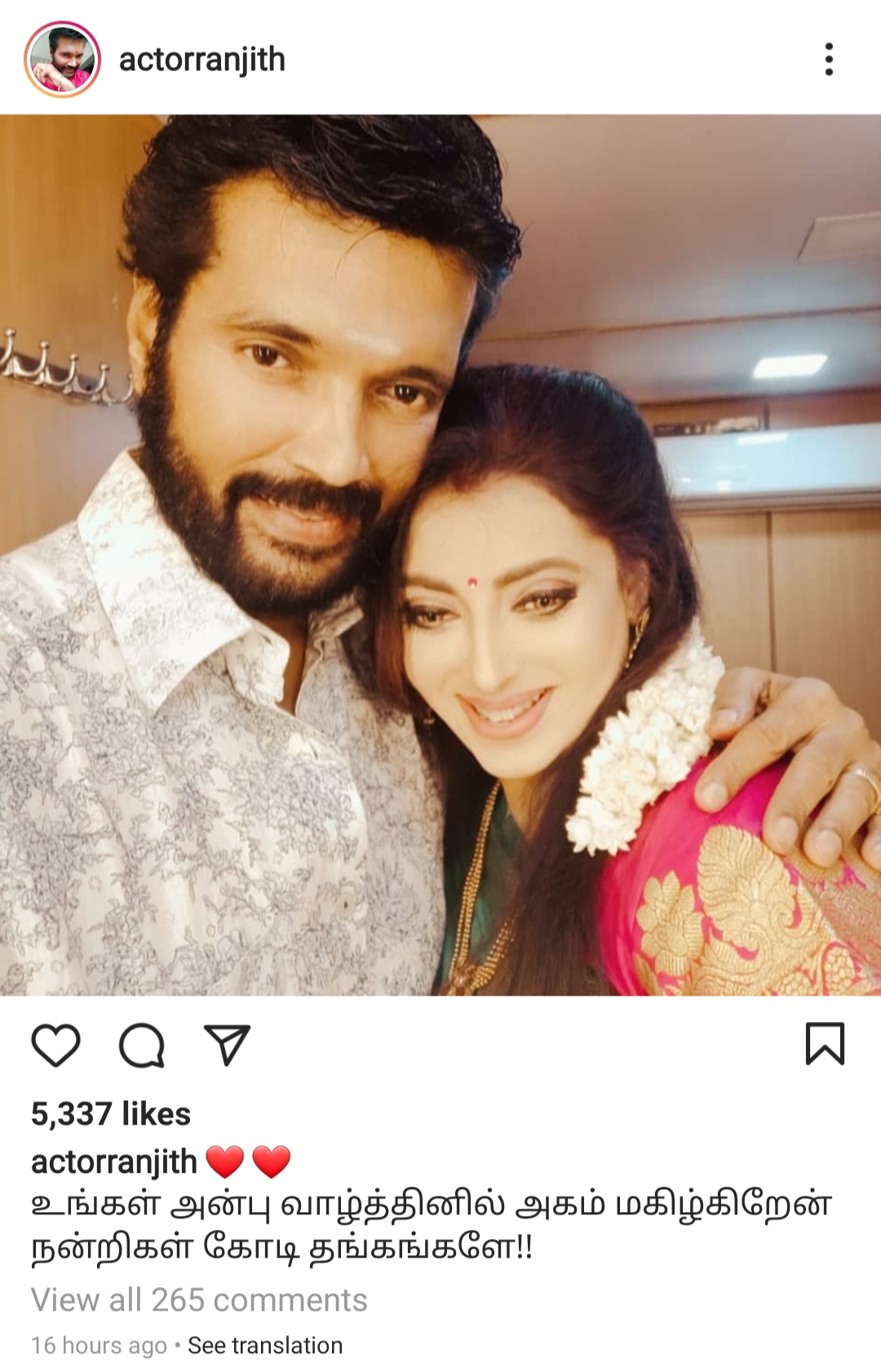 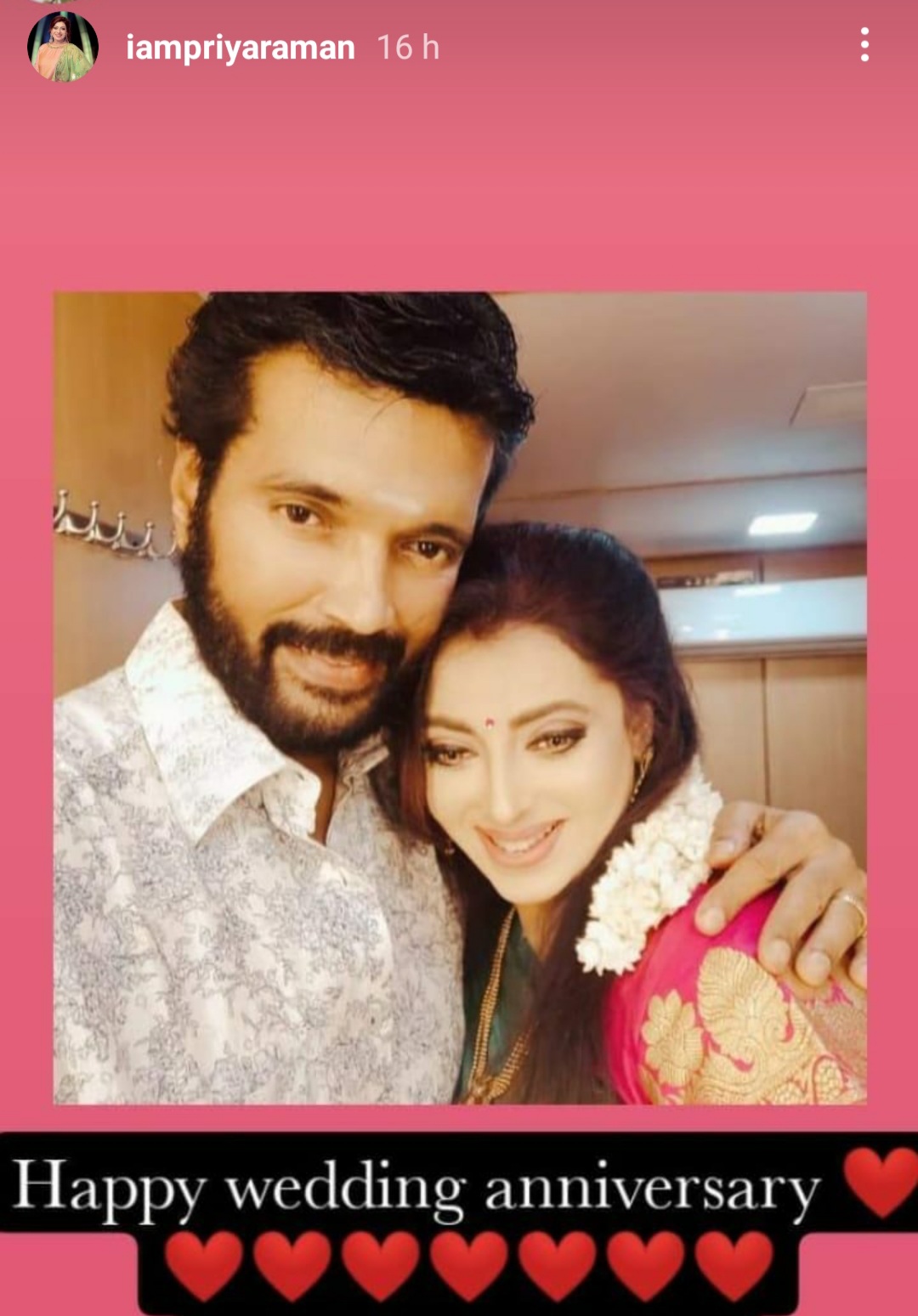