Actor Shanthanu Slammed By Vijay Fans For Praising Ajith; Here's How He Responded...

Shanthanu tweeted about Ajith after the Valimai update. But here's what happened next...

Actor Shanthanu is an ardent Vijay fan who starred along with the actor in Master. However, Shanthanu is now slammed by Vijay fans for praising Ajith in his post. Vijay fans, however, got offended seeing Vijay's ardent fan Shanthanu praising Ajith. After receiving much hatred, the actor posted that some manipulate and misinterpreted his statement, and social media has turned into a very dangerous platform.

He ended his tweet by saying: "I liked Thala's look, hence I tweeted. Dot!". Check out his tweet here: 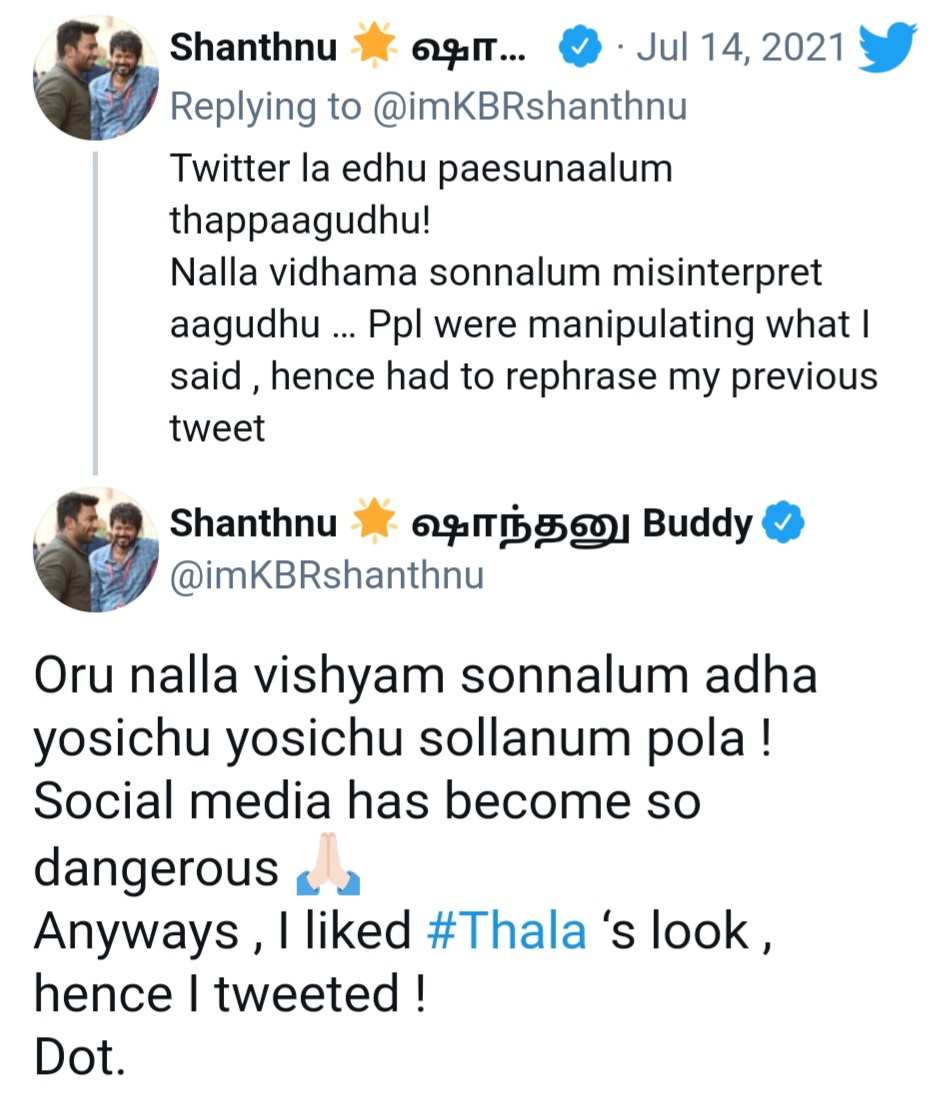