mag
Alya Manasa is a prominent serial actress who played the female lead in Raja Rani S1 with actor Sanjiv Karthik. The couple fell in love at the sets and later tied the knot in the most unexpected way.

Following the success of season 1, the serial returned for a second season with a brand new cast and storyline. This time, Alya Manasa was retained as the leading actress with television actor Sidhu Sid as the male lead.

Now rumours are making rounds that the actress is leaving the popular serial. The rumours started spreading after the actress and her husband announced that they are expecting their second child.

In a recent Instagram question-answer session, the actress opens up about the rumours. She reveals that the rumours are not true and she will continue to play the lead role in the popular serial. Check out her post here: 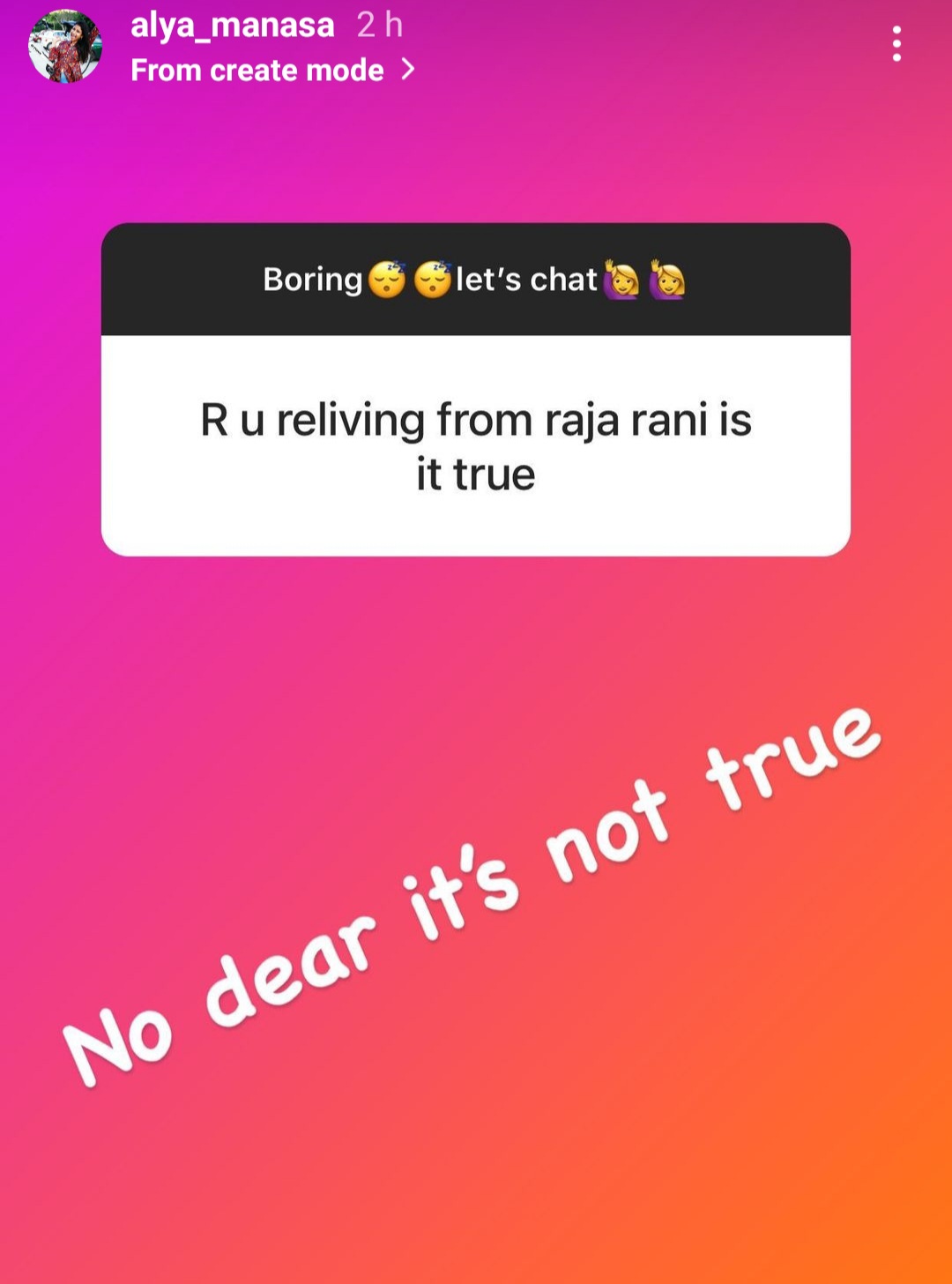