Here's how actress Bhavana and her husband met and fell madly in love...

Actress Bhavana is celebrating the 9th year anniversary of togetherness with her husband film producer Naveen.

In a recent social media post, the actress revealed how she met the love of her life and how they fell in love in a movie set.

Bhavana played the female lead in the Kannada movie 'Romeo', which was produced by Naveen.

The couple met at the movie set and fell madly in love with each other. It's been 8 years since the movie is released, meanwhile, Bhavana and her husband are celebrating their 9th love anniversary. 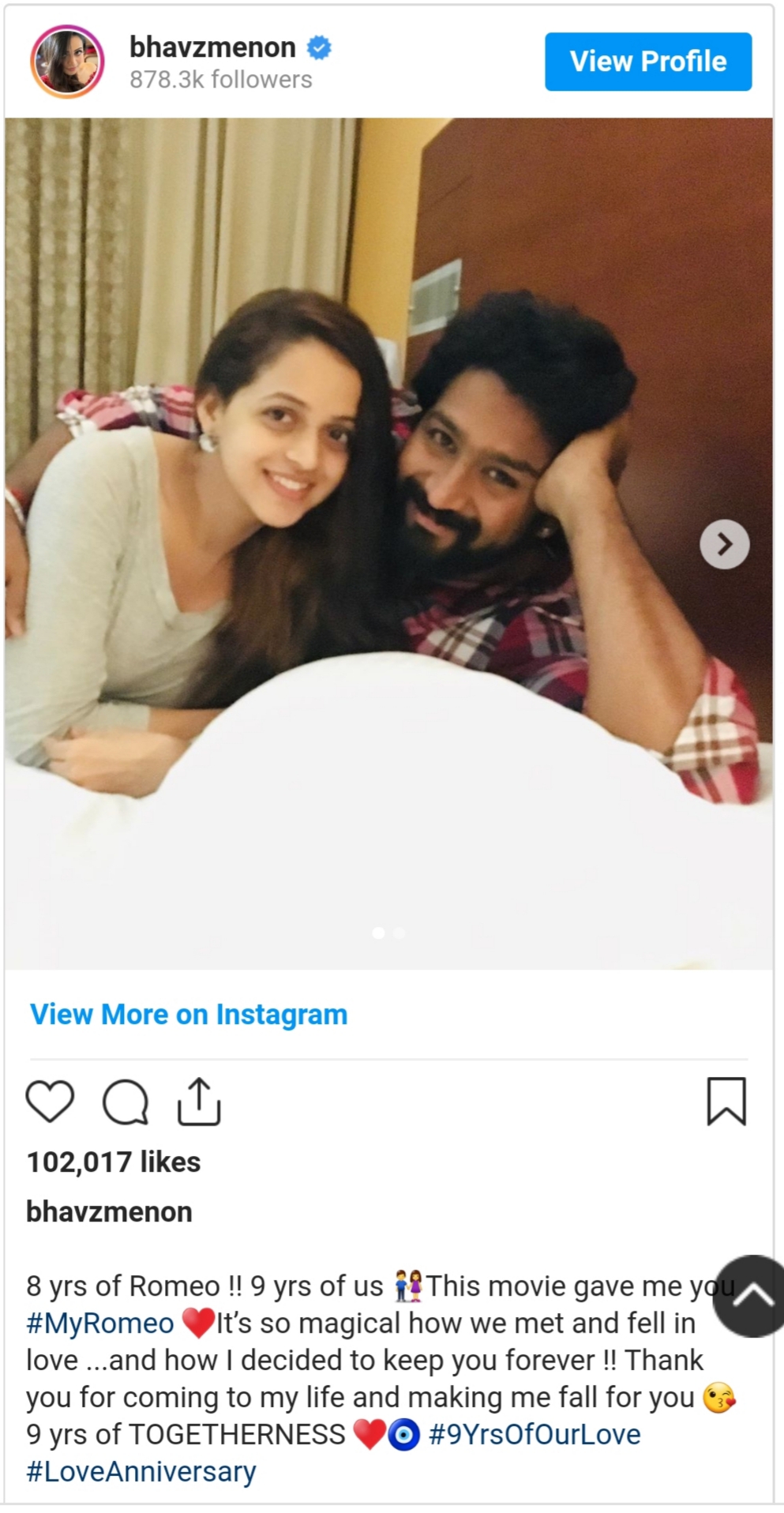