Actress Kushboo Involved In A Massive Accident. Here's What Happened!

mag
Actress turned politician Kushboo was involved in a life-threatening accident today when she was travelling to Cuddalore to attend the 'Vel Yatra'.

The actress who recently joined the BJP political party last month revealed on social media that a tanker came out of nowhere and rammed into her car.

She also revealed that Police are currently investigating the case and questioning the tanker's driver to rule out any foul play.

The actress escaped the accident unharmed and has continued her journey towards Cuddalore.

Check out her Tweets here: 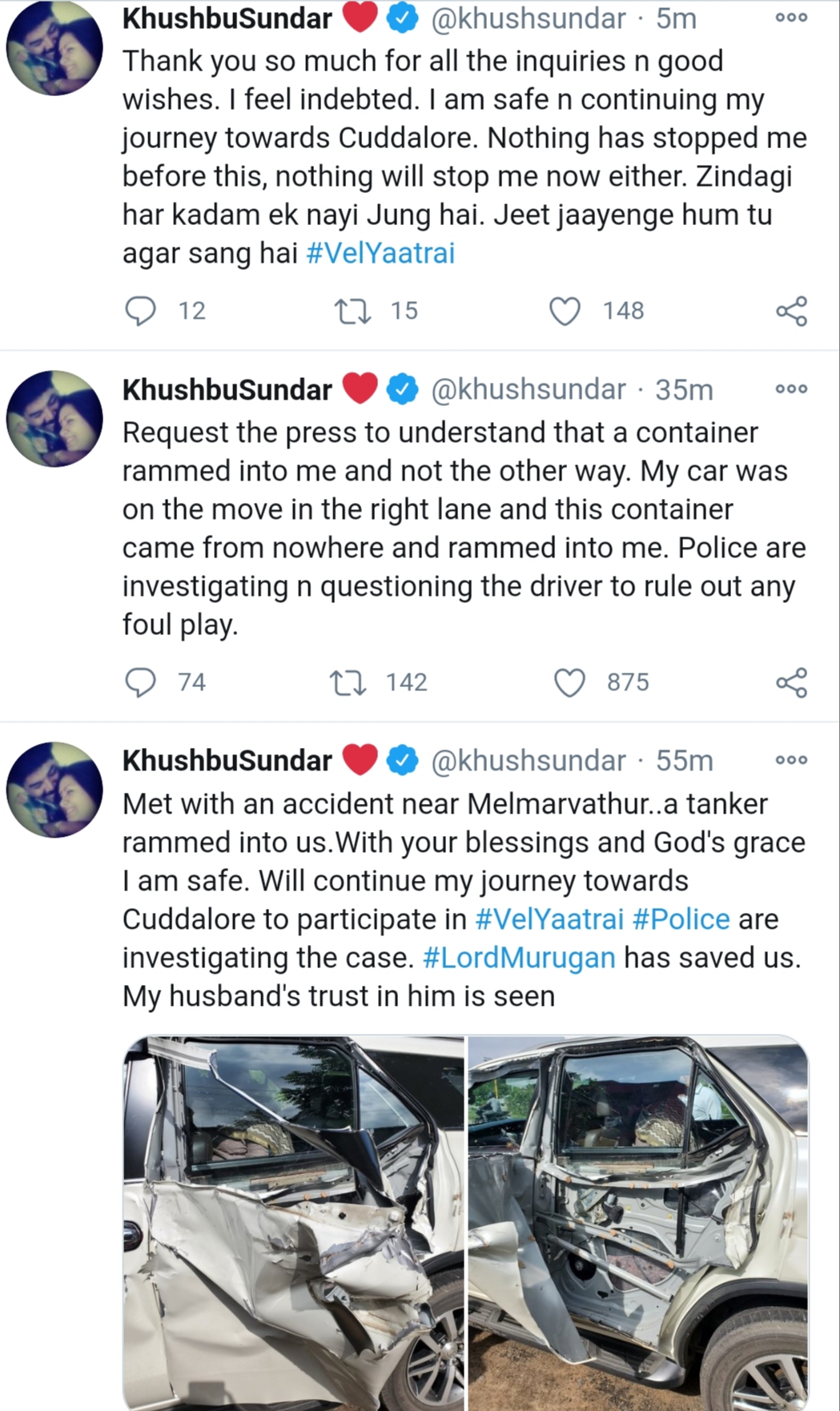