This is what the actress revealed on her social media...

mag
Actress Lakshmi Menon recently made the headlines as one of the potential participants of Bigg Boss Tamil S4, which was commenced on 4th October this year.

The actress who didn't appear in any movies for several years now recently became quite active on social media platforms.

Now during her recent interaction with her fans, the actress revealed her relationship status.

Yes, when a fan asked if she's still single, the actress replied 'Nop' with a shy gif revealing that she's in a relationship.

But the actress also made it clear that she's not getting married anytime soon by saying that marriage is just 'overrated shit'. 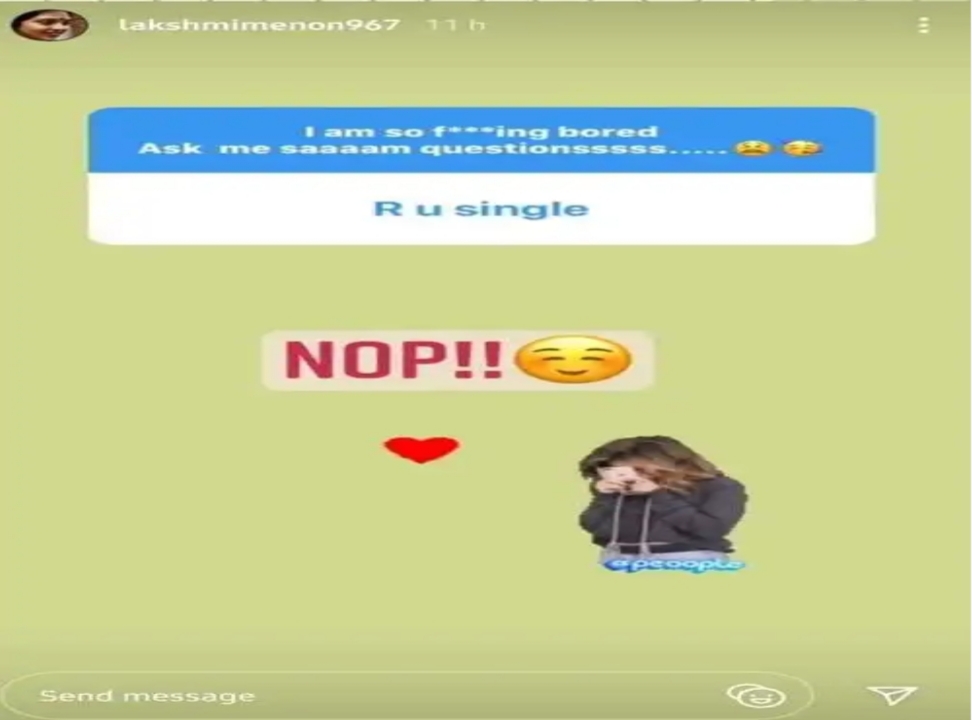