mag
Shivani Narayanan is a television actress who became popular after joining the fourth season of Bigg Boss Tamil. Following her participation in the show, the actress signed back to back movies with popular stars including a movie with Kamal Haasan - the host of Bigg Boss Tamil.

In her latest interactions with fans, Shivani revealed that many fans are asking about her participation in the ongoing show. She clarified that she has movie commitments and unable to join the reality show. Currently the actress is working on several movies including Vikram, Bumper and Nai Sekhar Returns, as well as untitled movies of Vijay Sethupathi and RJ Balaji. Check out her posts here: 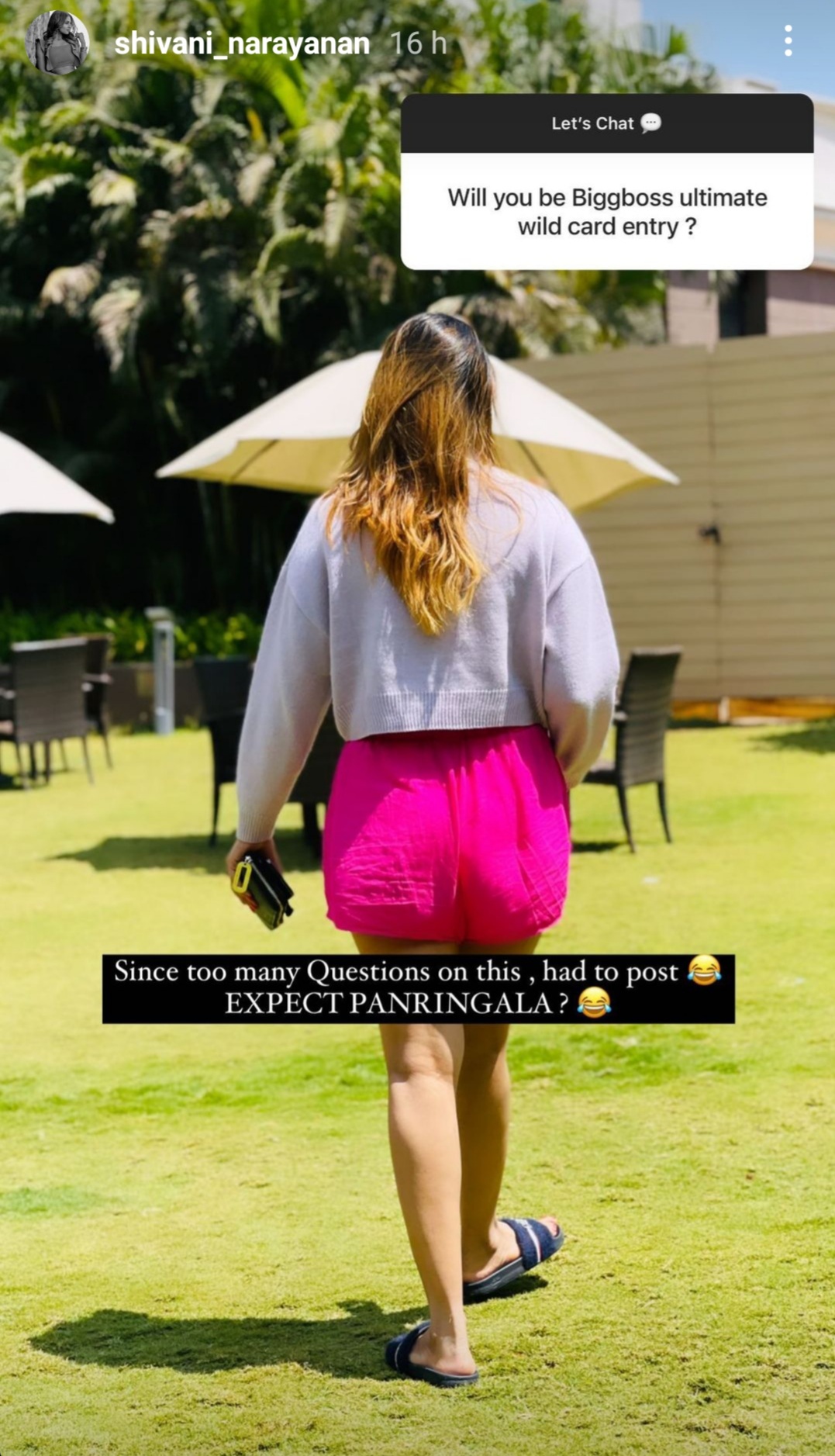 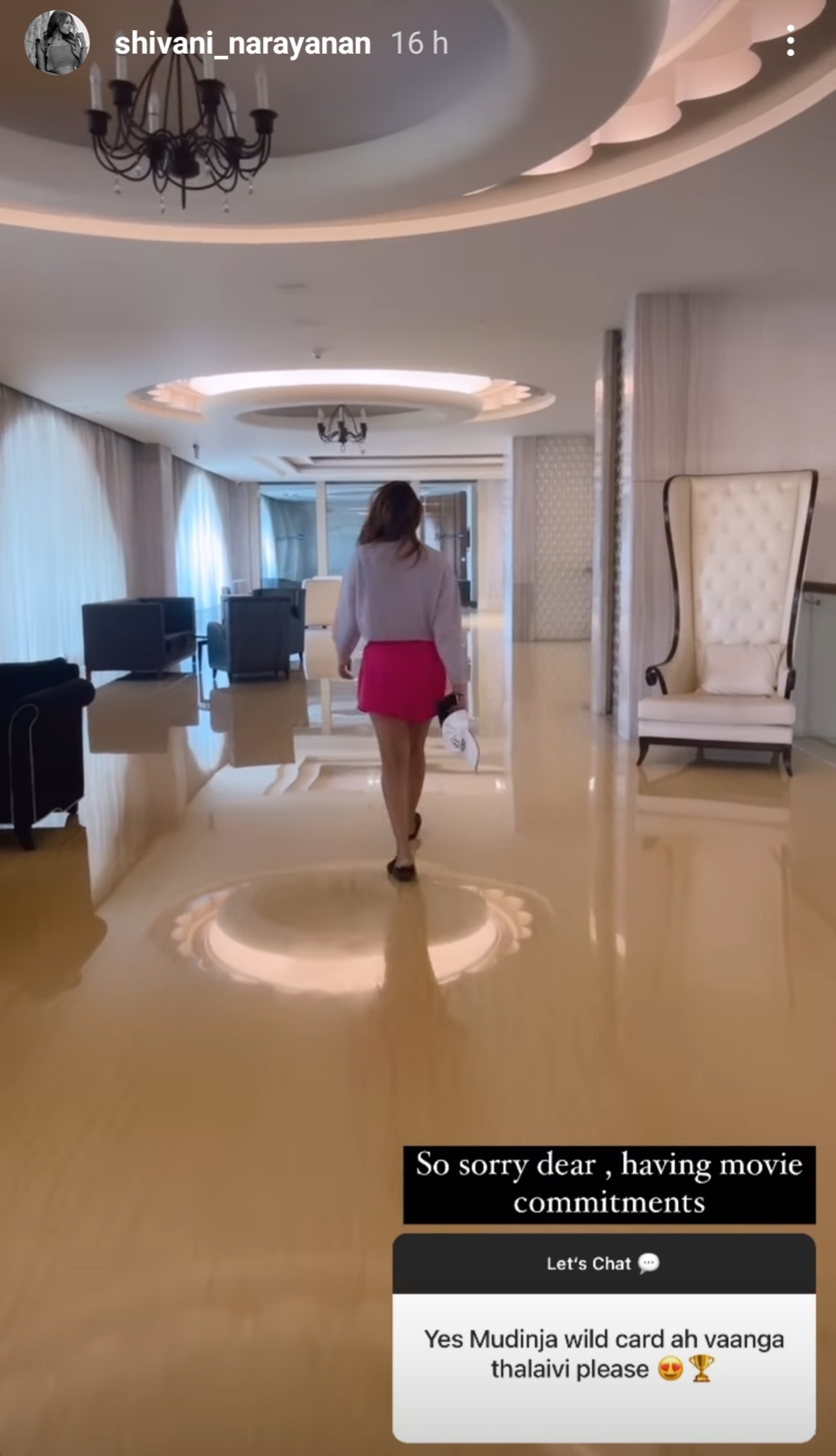