Is Actress Sonia Agarwal Getting Married In 3 Days?

Here's what the actress posted on social media...

Actress Sonia Agarwal is a South Indian actress who debuted in Kollywood via Selvaraghavan's 'Kadhal Konden'.

Following her debut, the actress also worked on several famous movies such as Kovil, 7G Rainbow Colony and Thiruttu Payale.

Sonia Agarwal and director Selvaraghavan fell in love at the set of the movies and got married in the year 2006.

However, the couple filed for divorce just four years later and Selvaraghavan remarried just a year after their divorce.

Now 10 years later, the actress took social media to hint about wedding with the text "3 days to go...". But it is still unclear if the actress is getting married in three days or if it's a movie promo. 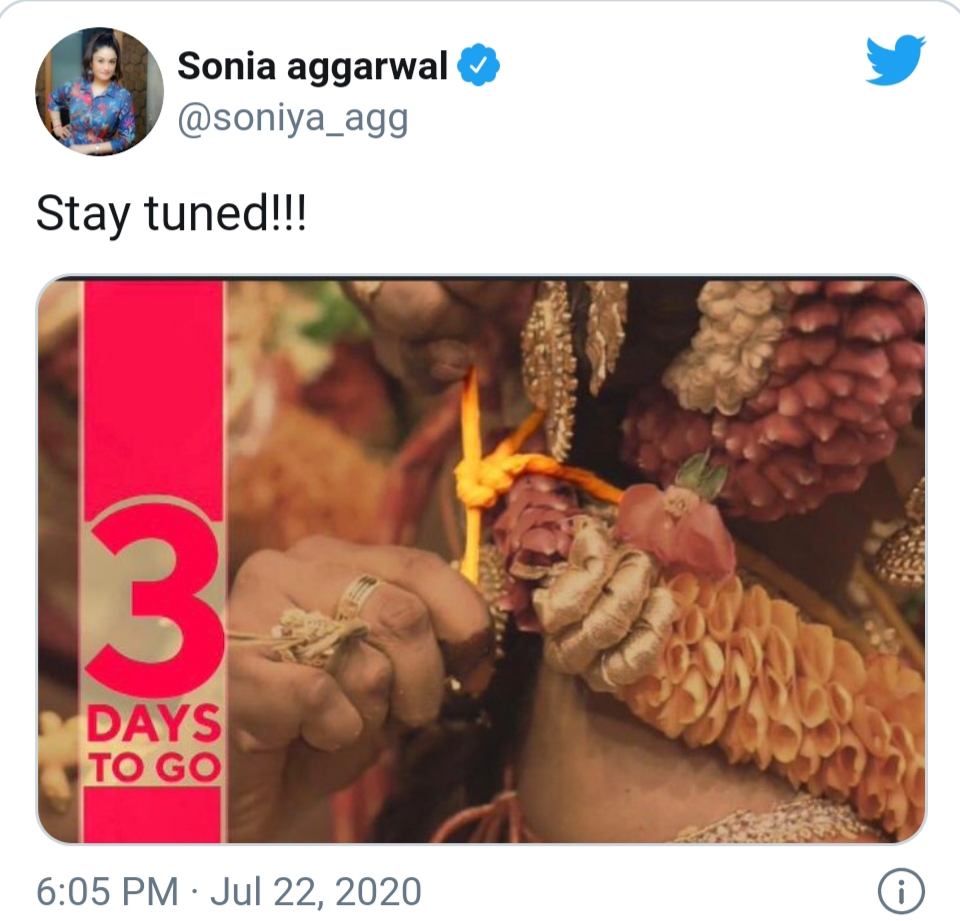