Actress Janvi Kapoor is all set to make her Kollywood debut via Valimai, produced by her dad Boney Kapoor.

Late actress Sridevi's daughter Janvi Kapoor has turned into a leading actress in Bollywood, and rumours were making rounds that the actress will be making her movie debut in South soon.

The actress was expected to make her Kollywood debut via Ajith's 'Nerkonda Parvai' previously, a movie produced by her dad Boney Kapoor. However, Janvi was not a part of the popular movie.

Now Ajith's next movie 'Valimai' produced by Boney Kapoor is all set to release in theatres during Ponggal. The movie's shooting was halted for almost two years due to the Covid-19 pandemic and will be releasing worldwide next week on 13th Jan.

Now the latest update reveals that Valimai's ticket booking has begun in the USA and actress Janvi Kapoor's name is listed as one of the casts in the movie. The actress is speculated to play a cameo role in the movie which marks her Kollywood debut. 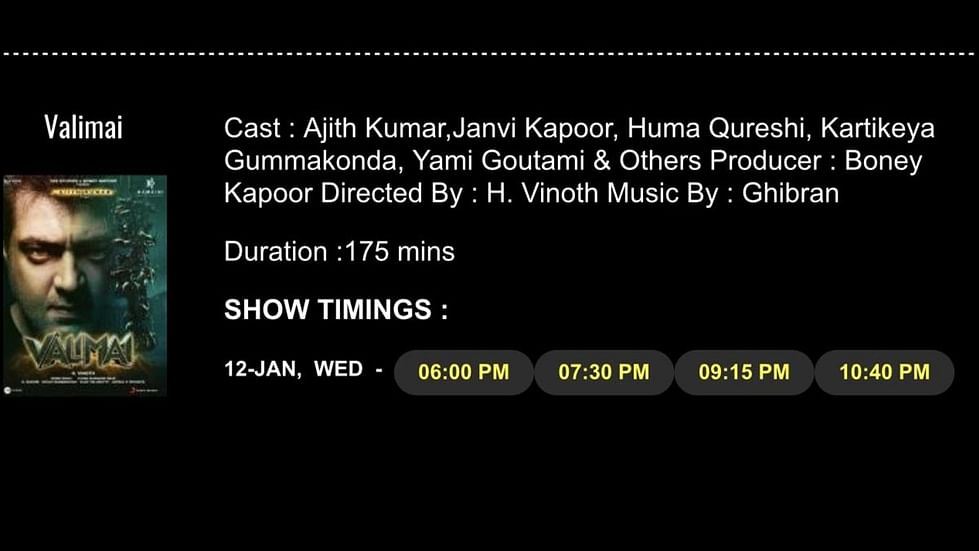 These are the Kollywood artists who turned from reel couples to real-life couples...

Actors Ajith and Shalini's wedding invitation card has surfaced on the internet. Check it out...

Check out the journey of these established Kollywood heroes who started small and climbed all the way up to the top...

'AK62' Producer Increases Actor Ajith's Salary Because Of This Reason!

Ajith is among the very few actors in Kollywood who've received over Rs100 crores remuneration for a single movie.

Ajith and Shalini, one of Kollywood's ideal couples, are celebrating their 23rd year together, and a romantic photo of them has gone viral!

The 2016 movie 'Metro' revolves around a chain snatching motorbike group featuring Bobby Simha. Now a legal notice has been sent to the 'Valimai' filmmakers..