Is Actress Varalaxmi Getting Married? This is What She Said!

Is Actress Varalaxmi Getting Married? This is What She Said!

Varalaxmi Sarathkumar is a well-known actress in K-town and has been increasingly appreciated for her bold choice of roles in films. She kicked off her career in Kollywood with Podaa Podi in 2012. Despite her decent film career, rumors about her marriage and quitting films were always hitting the headlines.

In the past, she was linked with actor Vishal, her close friend. It was speculated that the two were in love and planning to get hitched soon. However, the reports came to a rest when Vishal engaged with actress Anisha Reddy. 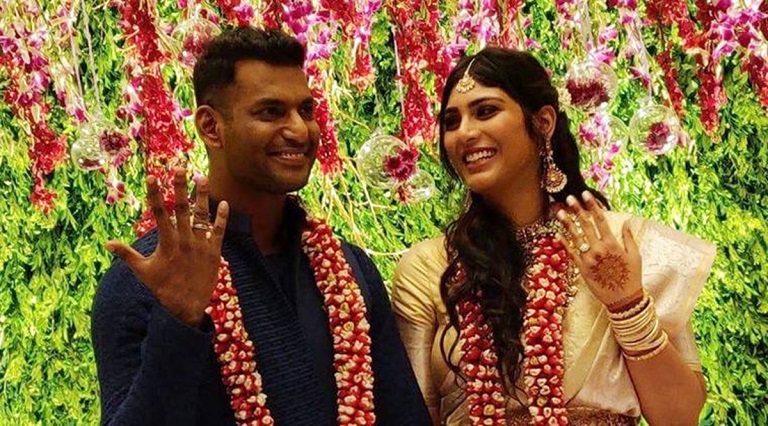 Recently, another buzz about her marriage to a businessman named Sandeep is making rounds online. It is said that Sandeep and Varalaxmi received their parents' nod and blessings to proceed with their wedding. Details about the wedding are rumored to be announced soon.

Tired of the speculations surrounding her marriage, Varalaxmi took to Twitter to rubbish the claims and set things straight. She called the rumors 'nonsense' and confirmed that she is not getting married. This is the tweet:

On another note, actor Vishal's engagement is rumored to have been called off after his fiancee Anisha deleted their pictures from her Instagram.