Aishwarya Rai is a famous South Indian actress who was crowned as the Miss World in 1994.

Following her big win, the model became a famous actress and later got married to Bollywood heartthrob Abhishek Bachan in 2007.

In the picture, the young Aishwarya Rai was seen wearing a saree, while donning the Miss World crown and sash. She was sitting modestly on the floor while having her meal and was accompanied by her mother.

The picture looks like it was taken just days after the win. Check out the picture here: 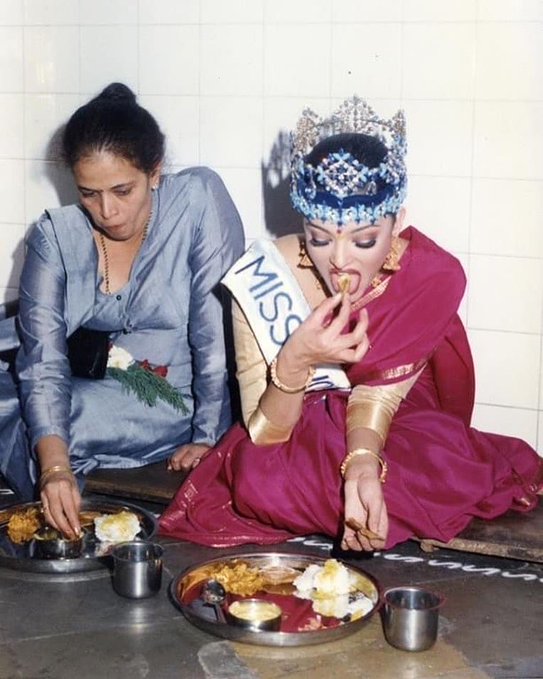