Bigg Boss Jodigal airing on Vijay TV is a dance competition featuring contestants from the four seasons of Bigg Boss Tamil. The show was hosted by actress Ramya Krishnan and actor Nakkul.

While the show's fans were eagerly waiting to watch its grand finale today, pictures of both Anitha Sampath and Shariq celebrating their victory has been going viral online. 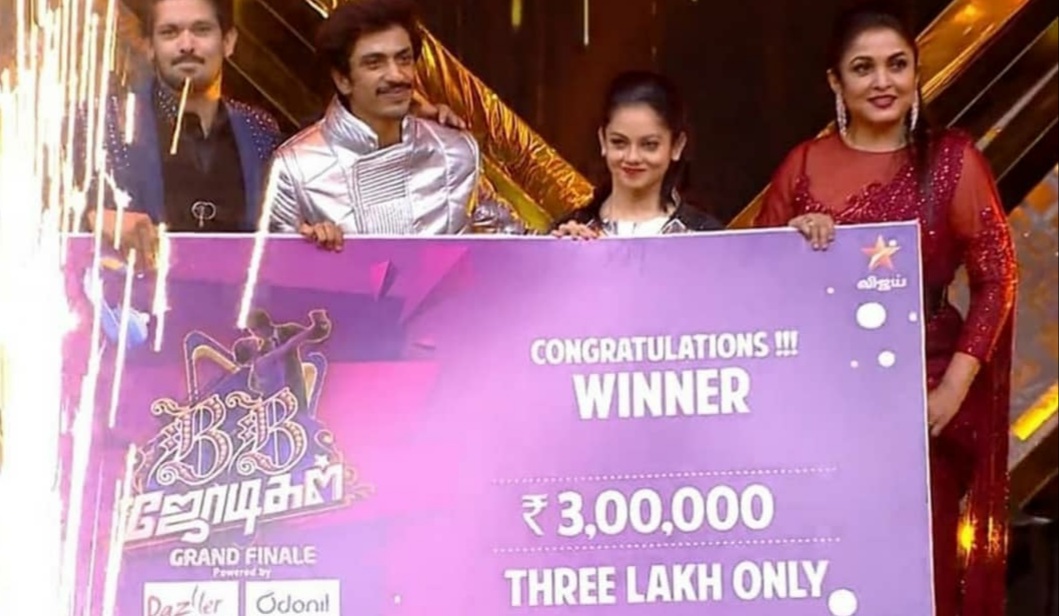 The shooting of the finale was conducted weeks backs and the news about their victory was already making round earlier. Now the duo has walked away with Rs3 lakhs cash prize.

This is a well-deserving win since the couple has consistently given good performances throughout the show. Congratulations Anitha Sampath and Shariq.