"Betrayal" - Balaji Reveals Why He Failed To Win The Bigg Boss Title!

This is what Balaji posted on his social media...

Being one of the most controversial players in the show, Balaji managed to become the first runner up after his opponent Aari Arjunan was announced as the title winner.

Now after the grand finale, Balaji has put up a post on his social media revealing that he was betrayed by his friends and close circle while he was still in the game. 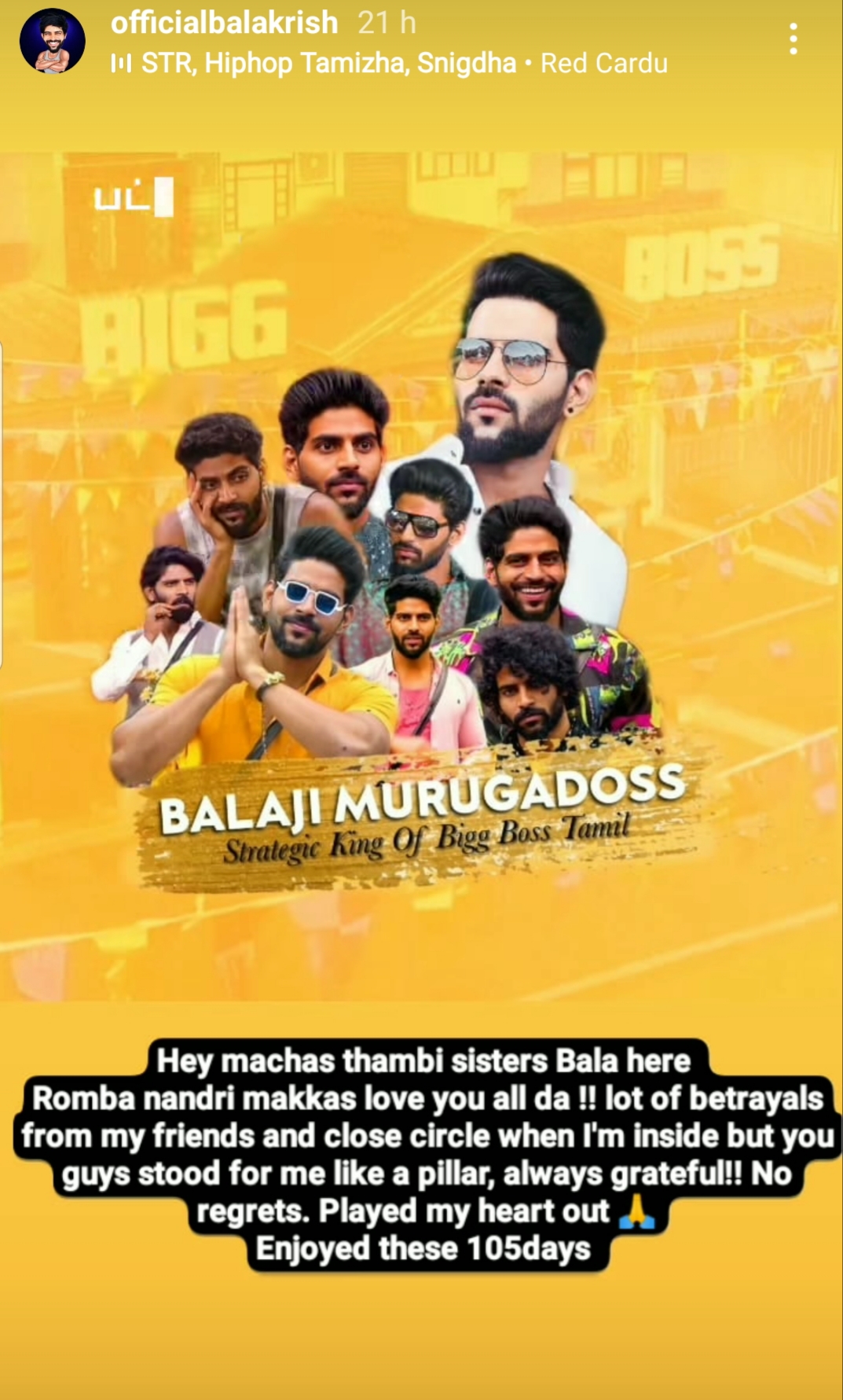