This is what he posted on social media...

mag
Anitha Sampath is a newscaster who has a huge fan following even before she joined the Bigg Boss S4 reality show.

However, Anitha got into the first argument in the Bigg Boss house with fellow contestant Suresh and started getting negative comments and reviews on social media.

Now it is said that Anitha's dad has been posting fake stories online to clear the negative image the newscaster got from the show by claimingto be her friend.

But it is still not clear if the posts were made by Anitha's dad, or if someone else has used his name and picture without his permission. Check out the post here: 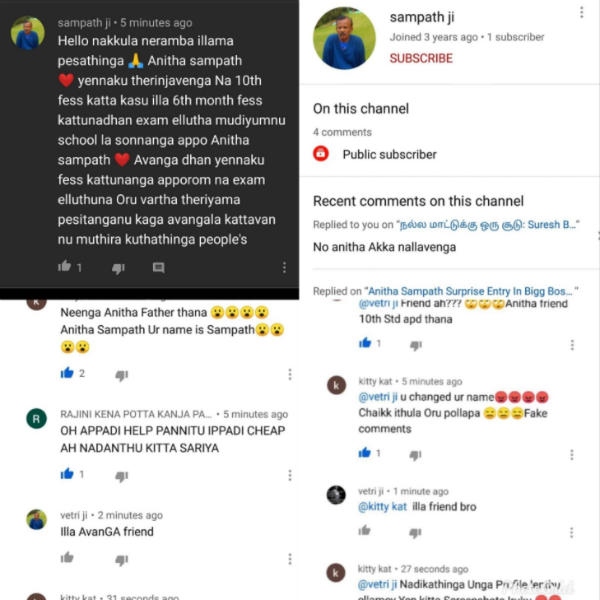