Bigg Boss Ciby's Wife Reacts to His Decision on the Show!

Bigg Boss Ciby shocked everyone when he left the show with Rs. 12 lakhs, but guess how his wife reacted...

Ciby Bhuvana Chandran, best-known for his appearances in 'Vanjagar Ulagam' and 'Master,' captured the hearts of many Bigg Boss Tamil fans during his participation in the ongoing season.

Despite being a bold contestant and a fan favorite on the show, Ciby chose to leave Bigg Boss S5 with Rs. 12 lakhs (RM 68,000) of cash prize.

While it was a shocking moment on the show, Ciby is widely being praised for asking Thamarai Selvi before getting his hands on the money. For the unversed, folk singer Thamarai Selvi is another contestant on Bigg Boss Tamil S5 who hails from a humble background.

Currently, Ciby is believed to be in quarantine for a week and is expected to join the grand finale. On the other hand, Ciby's wife Shloka has reacted to his exit from the show. Check out the Instagram story here: 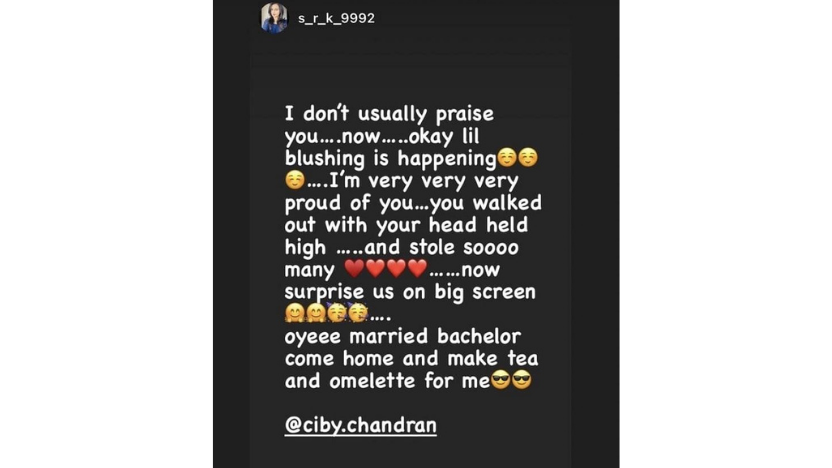