Bigg Boss Contestants Are Not Eliminated Based On Votes? Kasturi's Shocking Allegation!

This is what actress Kasturi tweeted...

mag
The Bigg Boss Tamil S4 show has reached its 8th week and some of the strongest participants have entered the nomination list this week.

Previously, singer Rekha, singer Velmurugan, actor Suresh and singer Suchitra have left the show after getting the lowest votes.

Now actress Kasthuri posted a Tweet hinting that the elimination is not done based on votes. This is what the actress tweeted: 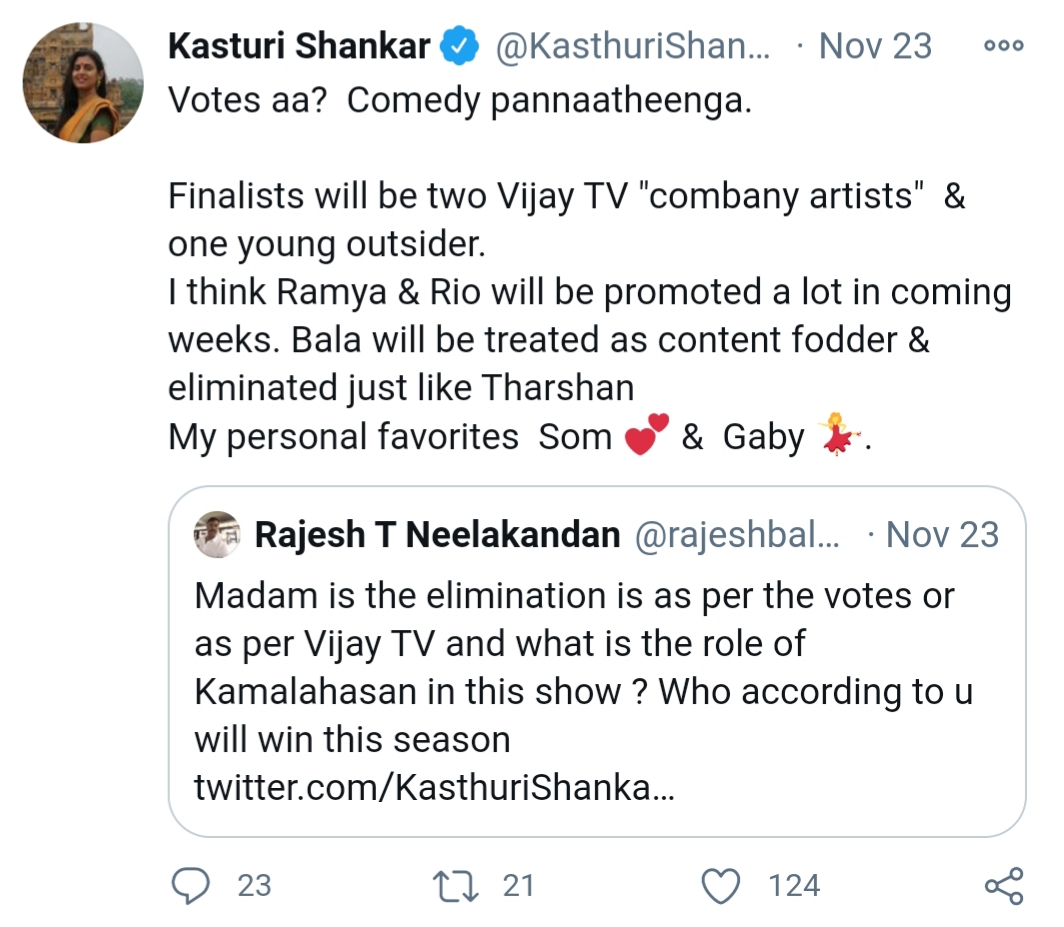 However, her allegation was not backed up by any evidence.

Kasturi is a Bigg Boss S3 participant who's entered the show last year as a wildcard participant. But she didn't sustain long in the show and was eliminated after a few weeks.

Later Kasthuri accused Vijay TV of cheating her payment for her participation on the show, but the channel responded by saying they have made the payment and only her GST is held back due to some mismatch in her GST filling.
#Entertainment#bigg boss 4