Bigg Boss Kavin and Losliya to Act Together in a Serial Soon?

Losliya and Kavin are among the famous contestants of Bigg Boss S3.

Losliya and Kavin are among the famous contestants of Bigg Boss 3. Their love story garnered them thousands of followers who call themselves the 'Kaviliya' army. Despite their strong feelings for each other, Losliya's parents were not fond of Kavin and asked their daughter to just play the game.

Kavin, on the other hand, felt guilty for causing Losliya trouble and left the house after taking the money offered by Bigg Boss. Losliya managed to qualify for the finals and secured the third place after a short meltdown following Kavin's exit. 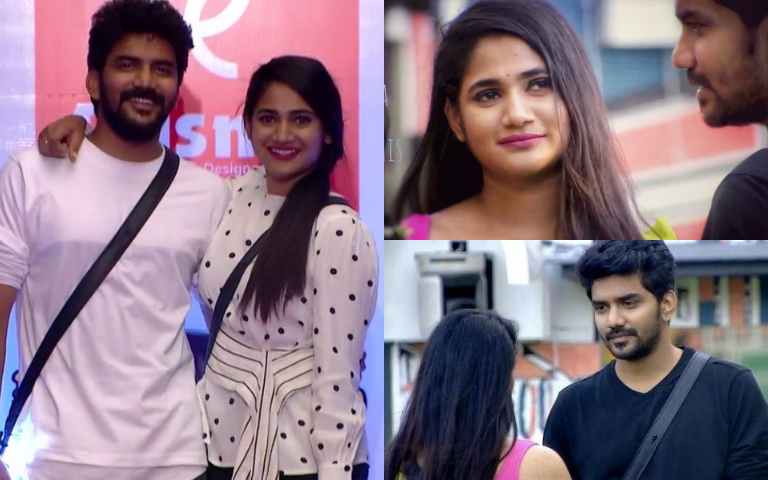 Now that the show is over and Mugen was crowned as the title winner, these two love birds are getting heaps of movie and serial offers. Directors are keen to feature the duo in their projects. It's rumoured they will hit the small screen with Raja Rani Part 2.

In an interview, while the Bigg Boss show was on-going, the director revealed he is about to shoot Raja Rani 2, which will be start after Bigg Boss S3 came to an end.

"Losliya is my favorite contestant in this season of Bigg Boss and I will ensure she's a part of the Raja Rani 2 cast," revealed the director.

When asked about Kavin's habit of flirting with several other contestants at the same time in the show, Praveen expressed his disbelief.

"Kavin doesn't behave that way in real life. He doesn't flirt with girls and he even hesitates to play romantic scenes in serial sometimes. I was quite shocked to see him flirting and getting angry at the show. It's unlike the Kavin I knew all these years," he added.

Kaviliya fans might get a chance of seeing their favourite Kavin and Losliya in a serial soon. Check out director Praveen's past interview here: