This is what Meera posted on her social media account...

mag
Meera Mithun is a famous contestant in the Bigg Boss S3 reality show, who is also known as the most controversial contestant of all.

During Meera's stay in the Bigg Boss house, there were many controversies that involved her. But her accusation on Cheran was widely discussed in the show and also on social media.

Following her accusation on Cheran of manhandling her, Kamal Haasan played a short clip of the incident which proved Cheran's innocence on that issue.

Now after almost a year, Meera posted a picture of the incident and again blame Cheran of improperly touching her.

Besides that, she also accused Kamal Haasan of master planning the entire incident. 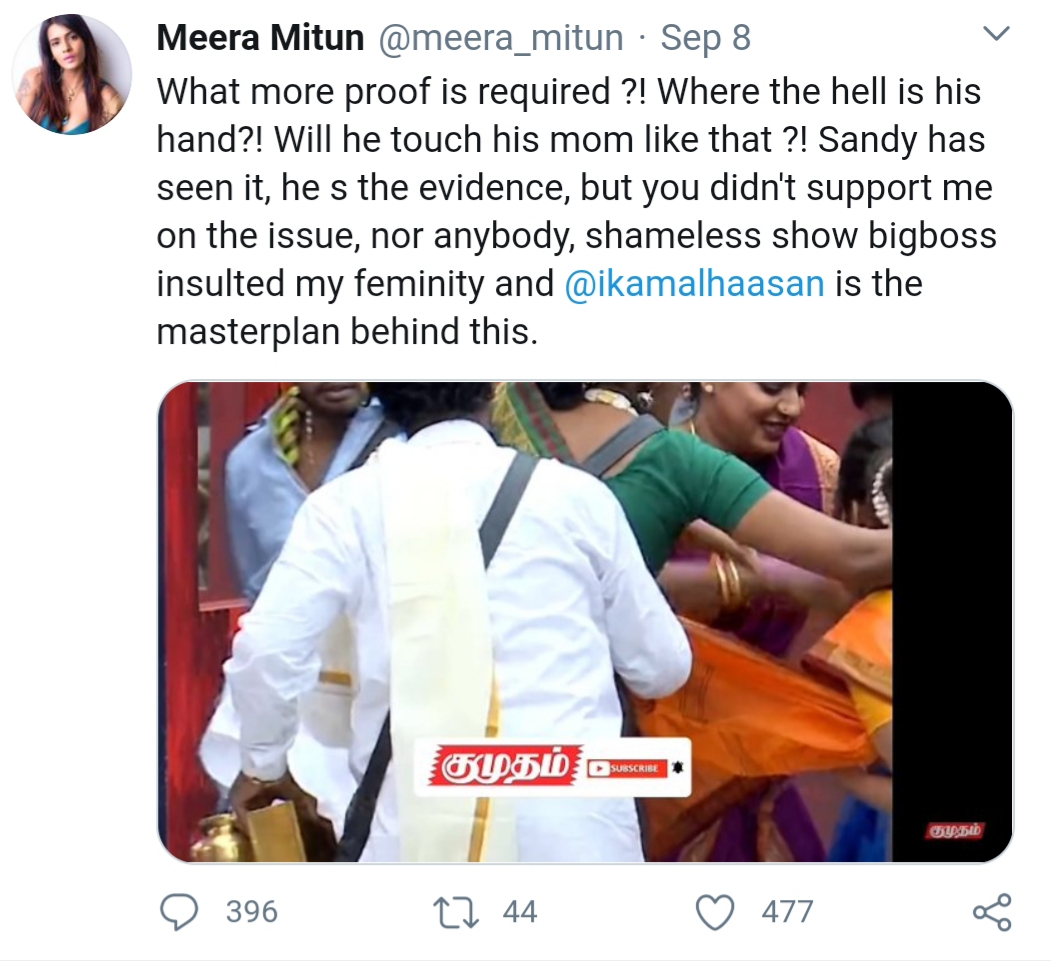