This is what model Namitha revealed to her fans after Suruthi's elimination in Bigg Boss...

The Bigg Boss Tamil S5 just has its fourth elimination and model Suruthi who received the lowest votes got evicted from the show.

Now after Suruthi's eviction, Namitha has opened up and revealed that Suruthi is more deserving to be in the show compared to Thamarai who's lacking in sportsmanship.

Besides that, the model also predicted that either Isaivani or Cibi might win the Bigg Boss title this time. Check out her posts here: 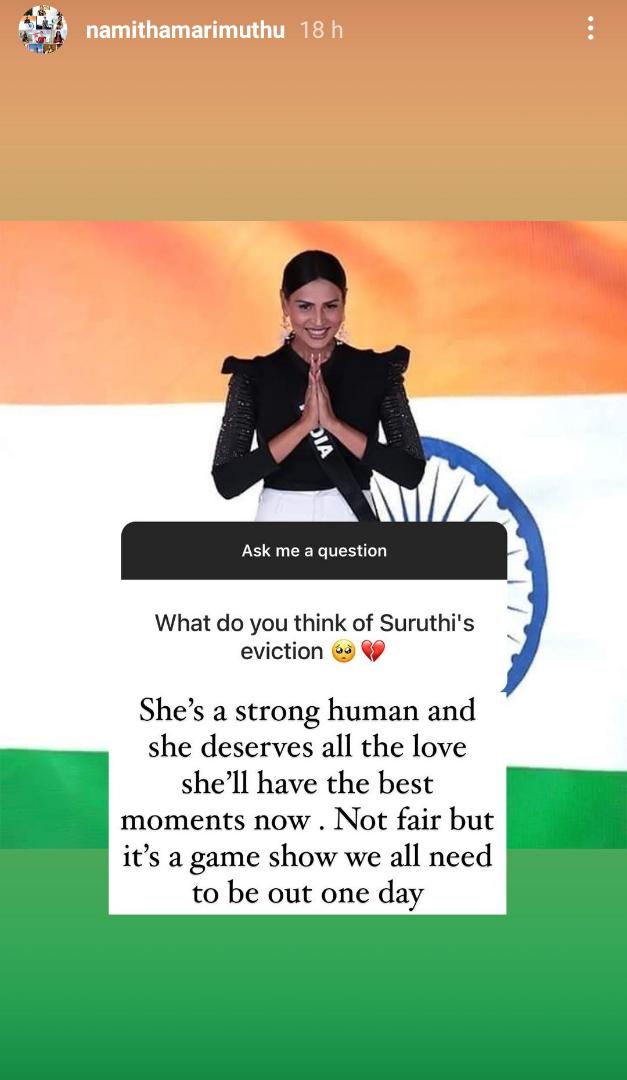 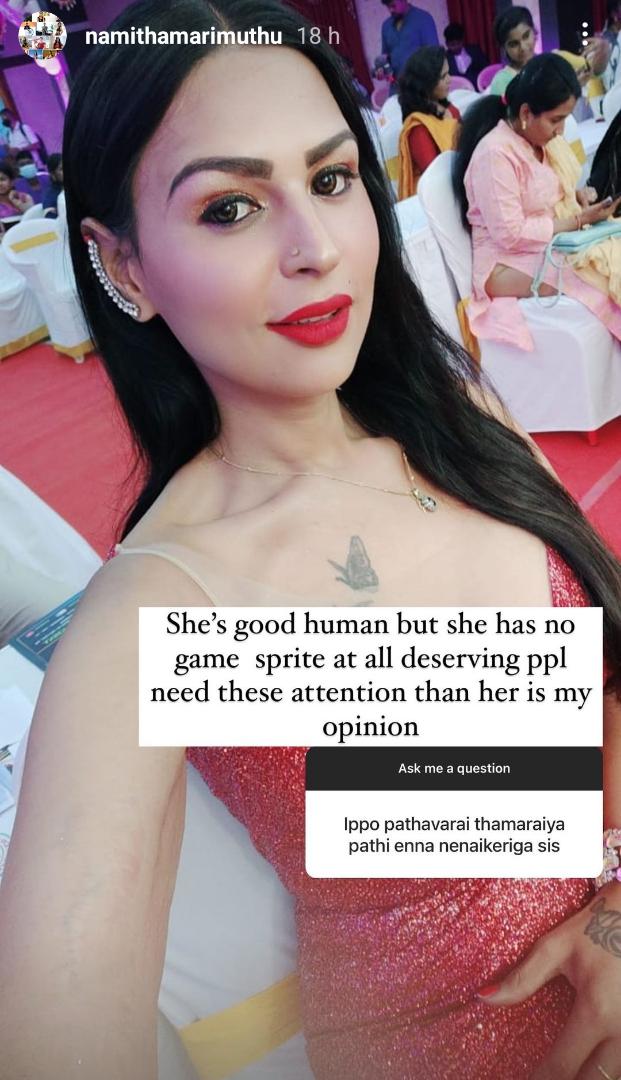 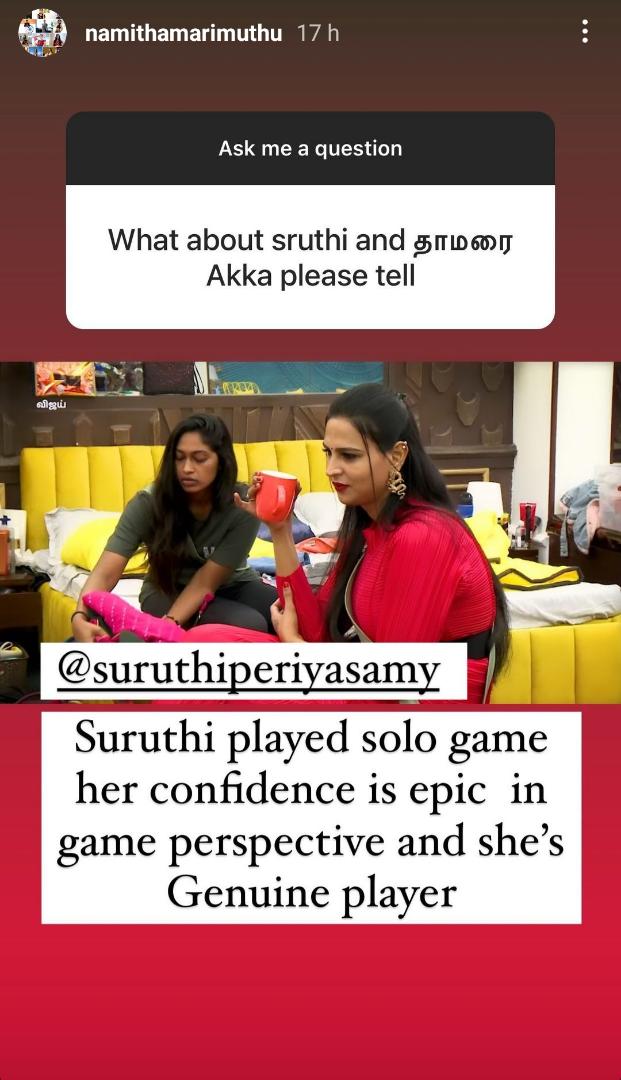