Bigg Boss Suchitra Talks About Divorce & Ways To Overcome It!

Besides talking about Bigg Boss, Suchitra also shared her perspective on marriage...

mag
Singer Suchitra is a Bigg Boss S4 participant who joined the show as a wildcard entree and got eliminated a few weeks later.

Besides failing to sustain longer in the competition, the singer also made several controversial remarks towards the show's host Kamal Haasan after the grand finale, claiming that the given clothes are not made of khaddar.

Now in her recent interaction with her fans, Suchitra reveals the three things that she has learnt from being a part of Bigg Boss S4 - the method to prepare fermented rice and lime peel pickle, as well as patience.

Meanwhile, Suchitra also opens up about her perspective on marriage saying that it should be right the first time itself to save time, money and emotional energy.

The singer who divorced her ex-husband Karthik several years back, also talked about how to overcome a breakup or divorce.

As for her next song, the singer reveals that nothing is coming up at the moment. Check out her revelations here: 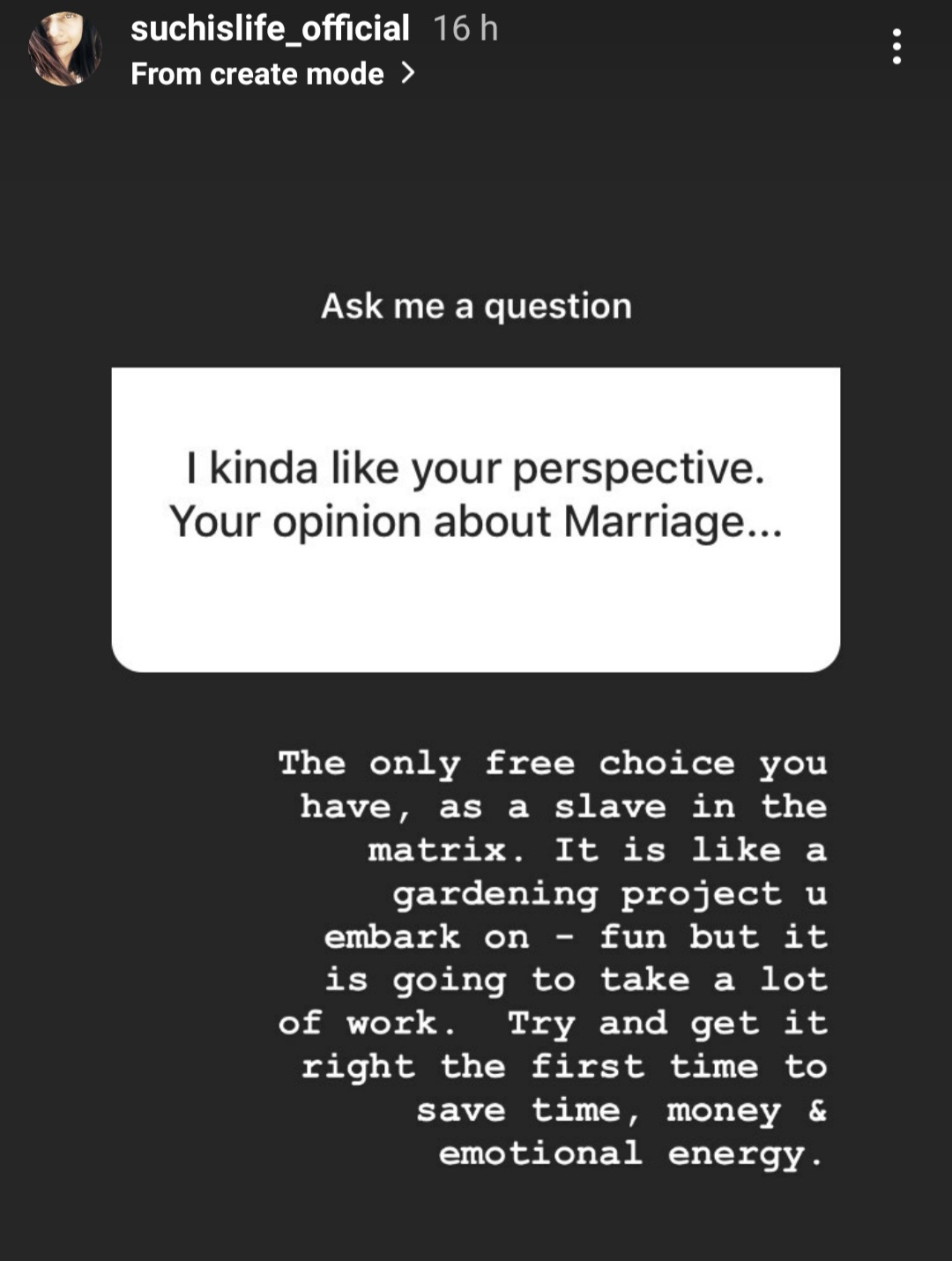