Raadan's next mega serial "Chandrakumari" will be commencing in just days and Radhika will be playing 7 roles in the series.

An Epic Tale Of 7 Births!

Radaan's Vani Rani is finally coming to an end after successfully running for over 5 years and the viewers now get to see Radhika in different characters all at once.

Yes, Raadan's next mega serial 'Chandrakumari' will be commencing in just days and Radhika will be playing 7 roles in the series.

But, Radhika is taking this to a whole new level, as she will be playing the 7 characters for years! And we are well aware that Radaan's mega serials will take at least 5 years or more to end. 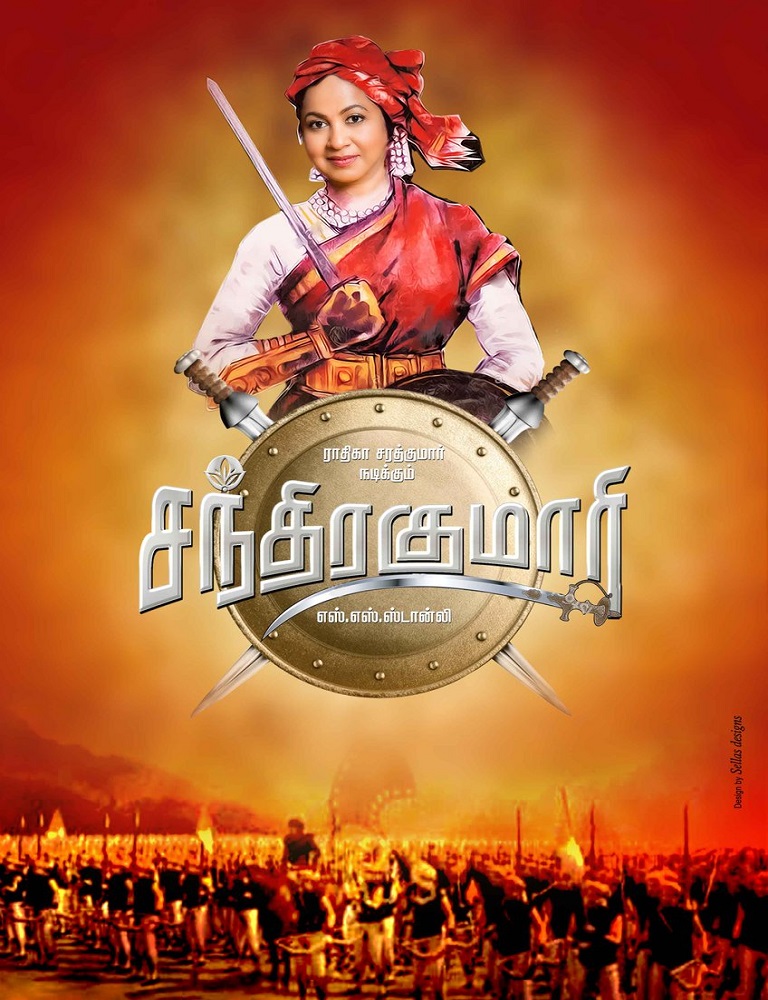 Now that is one daring attempt to give something different. In a recent interview, Radhika mentioned that Chandrakumari will mark a milestone in her career and it's the most challenging project for her so far.

The story which revolves from ancient to contemporary times will bring Chandrakumari's 7 births to screen.

Guess we have to wait to find out! Here's a glimpse of what you can expect in this mega project:

K.S Ravikumar talks about the making of Varalaaru; reveals the inspiration behind Ajith's Bharathanatyam role in the movie...