Beginning his film career at the age of 16, actor Dhanush has come a long way.

Beginning his film career at the age of 16, actor Dhanush has come a long way. Unlike the usual heroes of Kollywood, Dhanush didn't fit into the criteria of a mass hero with 'superhuman' capabilities.

While his mass entertainers like the VIP franchise did well at the box office, his most celebrated roles were the ones which explored the darker shades of men. He was not always a hero and never shied away from spearheading roles that require him to portray lust, greed, and betrayal.

Similar to the scandalous roles Dhanush played on-screen, his personal life has also been embroiled in shocking controversies. Back in 2017, when an interviewer from TV9 was pressing him for comments regarding one of his controversies, Dhanush famously walked out of the interview to avoid answering her questions. Take a look at the interview here:


Today, let's take a look at the biggest scandals involving the actor since the beginning of his film career: This tops the list because of the severe allegations against Dhanush and composer Anirudh for harassing singer Suchithra. #SuchiLeaks was probably the dark times of Kollywood when singer Suchitra released leaked photos of celebrities like on her Twitter account. While her husband Karthik claimed that her account was hacked and the singer was emotionally not well, things did seem a little fishy.

While the legitimacy of the allegations was never confirmed, Dhanush was put under fire by many for maintaining a dignified silence during the controversy. The Twitter account has claimed that Dhanush was the reason behind Amala Paul's divorce and even linked him to several celebs.

His sister, dentist Vimala Geetha shared an emotional post on Facebook regarding the issue and the stress the family has been going through. It's a known fact that Dhanush has been fighting a legal battle with a couple Kathiresan and Meenakshi who claim to be his real parents, for years. Born to filmmaker Kasthuri Raja and his wife Vijalakshmi as Venkatesh Prabhu, Dhanush had to prove that he was indeed their son.

The couple declared that Dhanush was their son who ran away from school and went on to star in films at Chennai. They claimed to be his biological parents and sought monthly maintenance of Rs 65,000 from him. Talking about the case, Dhanush has repeatedly denied their paternity claim and stressed that he was not related to them in any way.

In 2017, the actor won the case when doctors who examined him couldn't find any birthmarks on his body as claimed by the couple. The actor's lawyer accuses that the whole agenda was a bit to extract money from the successful actor. 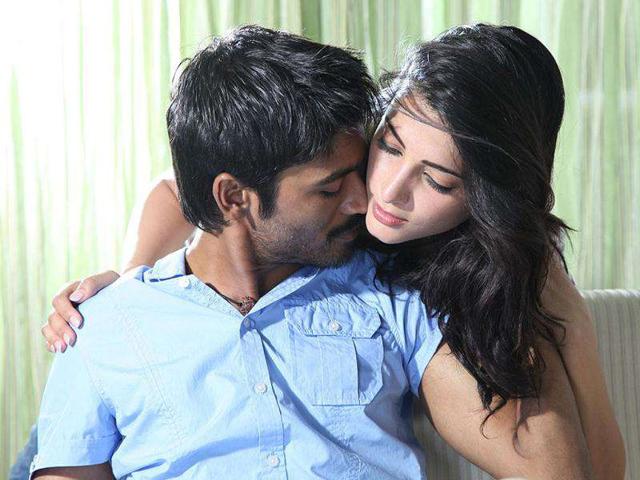 During the shooting of the movie '3', it was rumuored that Dhanush and his co-star Shruti Hassan got close. Their 'friendship' didn't go well with his wife and also the movie's director Aishwarya. The tension between the couple got to a point where Dhanush was reportedly avoiding his wife in public events. According to rumours, his father Kasthuriraja and father-in-law Rajinikanth had to intervene to save the marriage.

Ever since the episode of the love affair between the two celebs, they haven't been seen on-screen again. This controversy broke when Dhanush got married to Aishwarya, daughter of Rajinikanth in 2002. Back then, it was rumoured that Aishwarya was in a relationship with Simbu and due to some problems, they broke up.

Then the media started linking Dhanush with Aishwarya since his sister was her friend. Eventually, the families thought it would be a good idea to get them married and the rumour became a reality. It was an arranged marriage!

Due to this, it was reported that Dhanush and Simbu have never really shared a good rapport until recently when they patched up.

Dhanush's life has been full of controversies but nothing has been confirmed so far. While there could be no truth in any of the controversies, we can't deny the fact that there's no smoke without fire.

What are your thoughts on this? Let us know in the comments!