In the initial days of Bigg Boss 3, Kavin pursued model and actress Sakshi. He, however, soon neglected her and got close to Losliya. They bonded well, and this left Sakshi feeling hurt and disappointed. 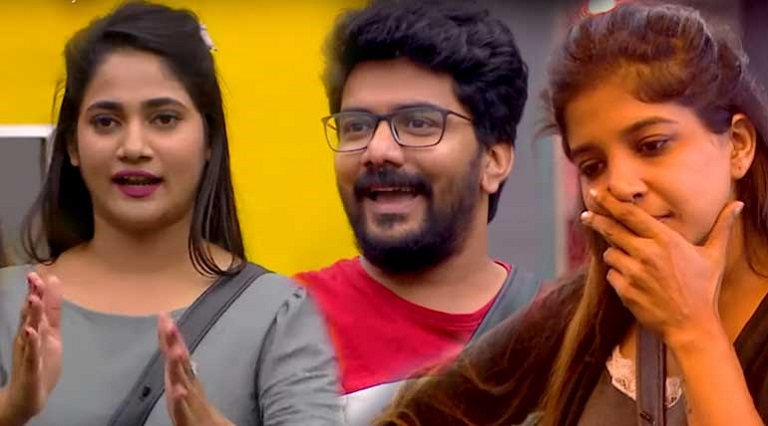 Sakshi eventually got eliminated from the show, which gave Kavin and Losliya more time for each other. But, their short-lived love story hit a rough patch when Losliya's father strictly forbade the relationship.

He openly showed his dissatisfaction when he met his daughter Losliya after many years on the show during the 'Freeze Task'.

After Bigg Boss, fans were eager to find out about Kavin and Losliya's relationship status. The stars refrained from speaking about each other and chose to stay away. They haven't been seen in any public events together. But their fans never stopped hoping for the ex-lovers to rekindle their relationship again.

Netizens often go out of their way to relate Kavin and Losliya based on their posts on social media. Recently, Kavin posted a series of mirror selfies on his Instagram account with striking captions. Take a look:

Practice the pause when the rewind button is missing.. ! #Pause

Following the selfies, Losliya posted a mirror selfie with the caption: 'Life is trying to teach you something so accept your mistakes & see yourself in the mirror ?' Netizens believe that Losliya is taking a dig at Kavin in her caption. This is the post:

Life is trying to teach you something so accept your mistakes & see yourself in the mirror ?

Let us know what you think in the comments!

Watch BollyOne HD and Stand a Chance to Win Tickets to Jubin Nautiyal Live in Malaysia!

All you have to do is answer five questions asked on the Astro Ulagam website and submit the passcode displayed on the channel.