Did M.R Radha Really Shoot MGR? This Biopic Might Tell Us!

MGR and his fellow actor M.R Radha have a very interesting past to share...

MGR was at the top of his career in the year 1967. His legion of fans were gearing up for the release of his Thaiukku Thalaimagan, and MGR himself was in the midst of campaigning for his political party, DMK.

But then, MGR was shot! The news of the shooting at his residence, by M.R Radha, shocked the entire nation. MGR was rushed to the Royappetah Hospital, where a large crowd gathered to chant 'long live MGR'. Meanwhile, another group went on a rampage and vandalised M.R Radha's home.

MGR had been shot in the face, with the bullet entering near his left ear, behind the first cervical vertebrae. Dislodging the bullet would have caused further damage, and so the doctors decided not to remove the bullet. This changed MGR's voice forever and caused him hearing disability.

At the same time, news spread that after shooting MGR, M.R Radha had shot himself twice in an attempted suicide and was admitted in the same hospital. The first bullet fractured his skull and the second bullet went into the rear of his neck. 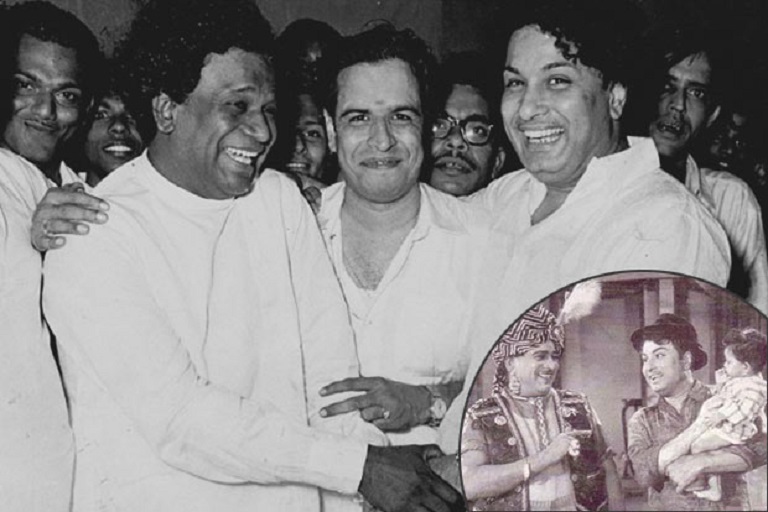 K.K Vasu repaid the loan promptly and the duo visited MGR on 12th January to discuss their next film, with MGR in the lead again.

The key witness of the incident, K.K Vasu, and MGR revealed in the court that M.R Radha stood up during the discussion and ignored MGR's request to take a seat. When MGR and Vasu continued their discussion, M.R Radha shot MGR and before shooting himself.

But, M.R Radha had a different story to tell. According to him, MGR scolded him for writing negative articles about him - and that MGR was conspiring to kill the then Tamil Nadu Chief Minister Mr. Kamaraj.

He claimed that MGR shot him during their heated argument, and as a reflex, he snatched the gun and shot him in return.

However, M.R Radha was accused of attempted murder as the revolver used in the shooting belonged to him and its license had expired in 1964. He was sentenced to a seven-year jail term, which was then reduced to four years and three months due to his old age. 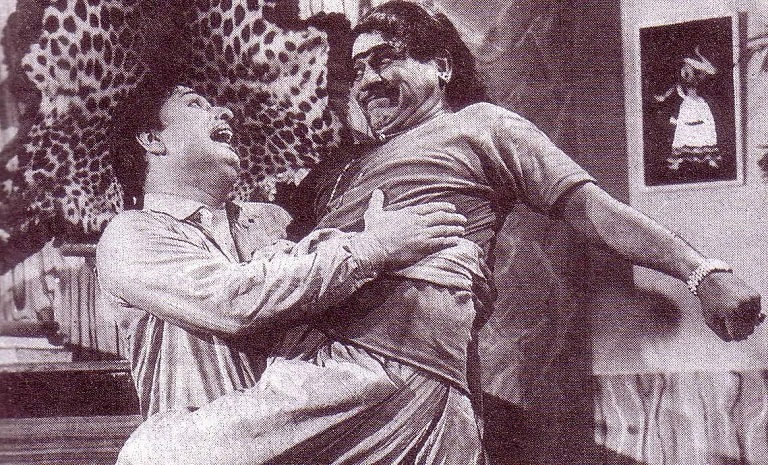 After the incident, a picture of MGR with a bandaged neck in hospital was widely circulated, which became the main reason for his big elections win. His political party DMK formed the new government.

After many decades, M.R Radha's daughter - popular actress Radhika Sarathkumar - is determined to make a biopic of the incident with Arvind Swamy and Simbu in the lead.

Arvind Swamy will be playing MGR, while Simbu will be playing her dad M.R Radha. Will Radhika's biopic show the real incident that took place? Guess we have to wait to find out!