Shruti Hassan is an actress and singer who has been in the cine world for more than a decade. She debuted in a Hindi film called 'Luck'.

Previously, the actress dated a British actor from London, Michael Corsale. However, they parted ways in April last year. This came as a shock to many as they were sending out the #CoupleGoals vibe all over social media!

After their breakup, Shruti started focusing on her music and personal growth. When she turned 35 years old in January 2021, Shruti's picture with a Delhi-based Doodle artiste Shantanu Hazarika during her birthday party caught the attention of many. It was revealed that he is Shruti's new boyfriend.

Recently, they visited Chennai together, apparently for the first time. Shruti shared her mirror selfies on her Instagram story. 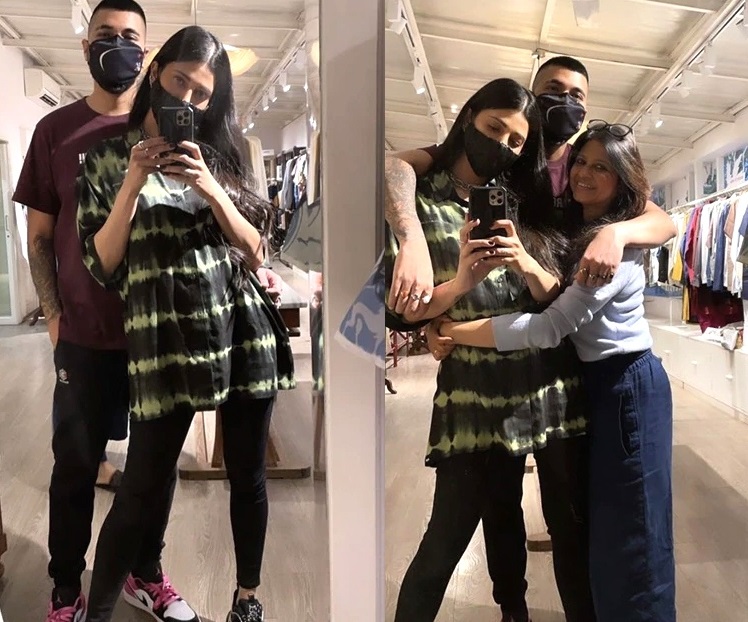 While wearing the same clothes, Shruti also met her father the legendary actor Kamal Haasan and clicked an adorable picture with him.

Noticing her similar attire in both the photos, netizens are wondering if Shruti brought her new BF to meet father Kamal Haasan.

What do you think? Let us know in the comments...