Manjunath Naidu is a famous Indian-origin comedian born and bred in the United Arab Emirates.

Manjunath Naidu is a famous Indian-origin comedian born and bred in the United Arab Emirates. He has been actively performing for the last 5 years. During one of his performances on-stage in Dubai last Friday, Manjunath, aged 36, suffered a cardiac arrest.

At first, the stand-up comedian mentioned feeling anxious and took a seat on a bench next to him before falling unconscious onto the floor.

According to Khaleej Times, the audience who were enjoying his performance thought it was part of his act and didn't assist him immediately.

Some eyewitnesses claim that the other comedians and staff rushed to perform CPR after realising he's no longer moving for 3 long minutes.

Finally, when the paramedics came and brought him to the hospital while trying to revive him, it was too late. His partner Grace Chng confirmed the news of the comedian's death through a Facebook post: 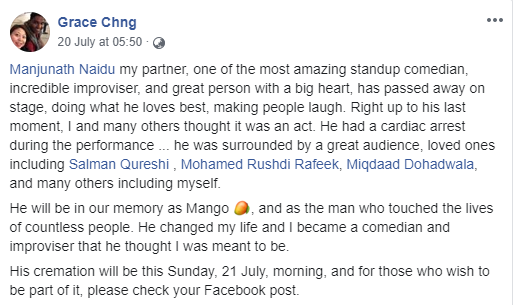 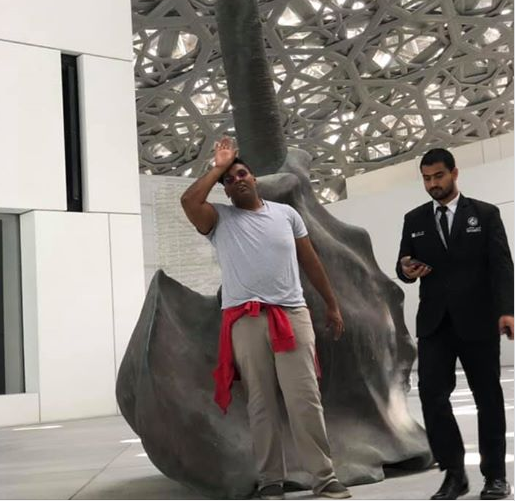 According to Manjunath's friend and fellow comedian, he was the last act in the comedy line-up that night.

"He went on stage and was making people laugh with his stories. He was talking about his father and family. And then he got into a story of how he suffers from anxiety. And a minute into the story he collapsed," he said.

Manjunath's parents have passed away and he's only survived by a brother. "All in the arts and comedy circle are his family," Miqdaad added. 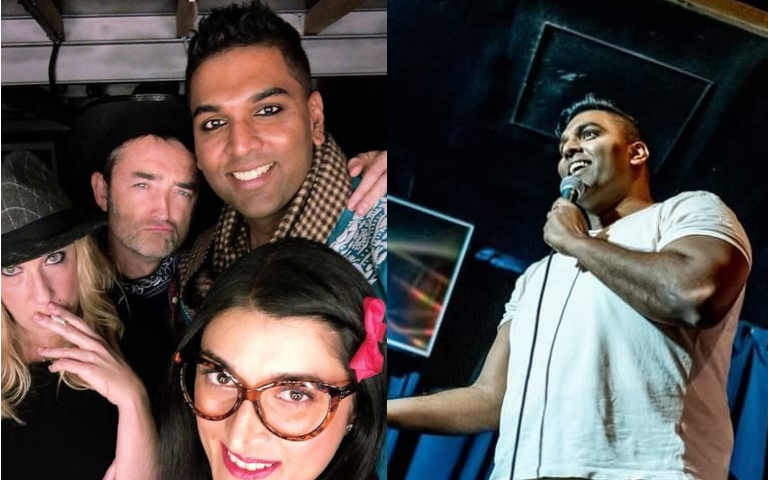 Manjunath Naidu's final rites will be conducted today (July 22) in Dubai. May his soul rest in peace.