The actor expressed that watching this Vijay movie is torture. Here's what he posted...

mag
Vijay is one of the most celebrated actors in Kollywood with a huge fan following not only in India, but across the globe.

Besides being one of the highest-paid actors in the industry, the actor has also shattered multiple records when some of his movies joined the top 10 highest-grossing Kollywood movies of all time.

However, Vijay fans are now enraged after actor Sudeep Kishan who predominantly works in Tamil and Telugu movies has trolled Vijay's 'Sura'.

The actor expressed that watching the movie was a bigger torture than bracing through the Hyderabad heat. This is what the actor wrote on his social media: 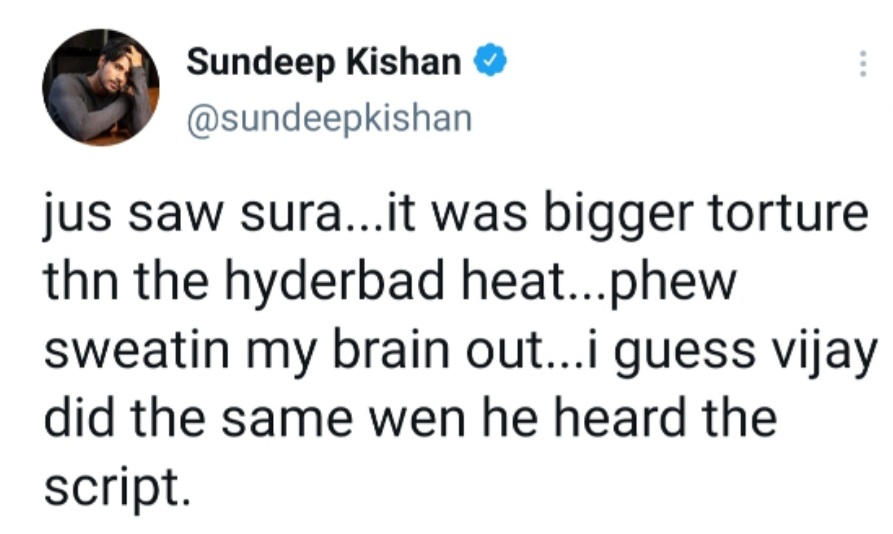