Vanathi promised to give Valimai update once she defeats Kamal Haasan. Fans have now started pestering her for it...

Following Vanathi's win over Kamal Haasan in a small margin, fans have started pestering her for Valimai update as the politician promised to give more updates on the upcoming Ajith movie.

The politician took social media to announce that she will be giving Valimai update to fans if she wins over her opponent Kamal Haasan. Check out her post here: 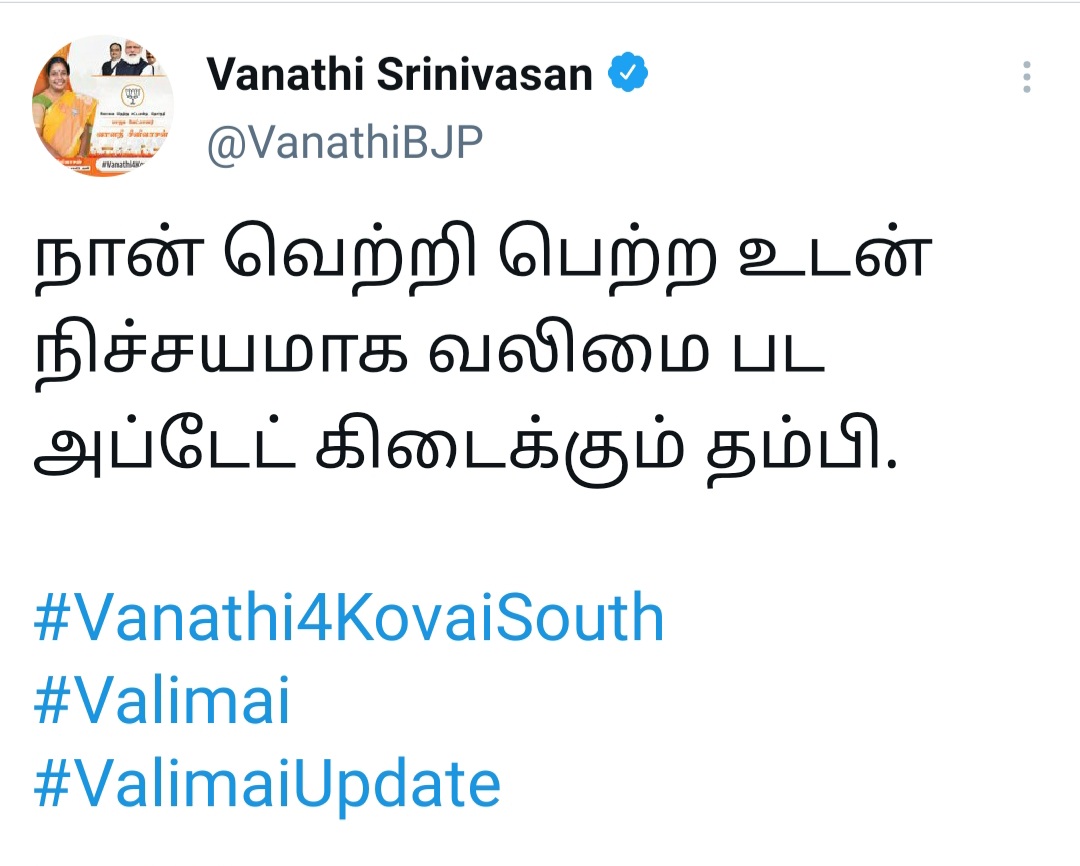 #valimaiVanathi where is Valimai update ?

A new host is said to be replacing Kamal Haasan on Bigg Boss Tamil Season 5. Here's what we know...

Is Kajal Aggarwal being replaced by Trisha in 'Indian 2'?

Did Kajal Aggarwal Exit Kamal's Film Because of Her Pregnancy?

Is actress Kajal Aggarwal taking a break because of her pregnancy?

VIDEO: Bigg Boss Suruthi Apologises to Her Fans After Getting Eliminated!

Bigg Boss Suruthi release her first video after getting eliminated from the show!

Shruti Haasan Changed Her Name in School Because of Her Parents?

Actress Shruti Haasan used a different name at school because of this reason? Check it out!

Kamal Haasan Reunites with Daughters Shruti and Akshara for a Special Occasion!

The Haasan clan got together recently for a special celebration. Here's what happened...