SIDAMBARAM, Kirthiga
It's easy to assume that Kollywood celebrities are immune to mental health issues since they seem to live an elite lifestyle that offers practically everything, from wealth to fame and success.

However, the growing number of suicides in the entertainment industry has sparked increased discussions about mental health. Despite the need to preserve their public image and the societal stigma associated with mental illness, many female celebrities frankly address their struggles and shed light on what it means to be human.

Check out these five Kollywood actresses who were courageous enough to break through their celebrity boundaries and open up about their mental health:

Child artiste-turned-actress Kalyani recently opened up about her mother's untimely death by suicide. Twenty minutes after meeting her mother in 2014, Kalyani found her hanging in her home. The tragic incident shocked her since no one in the family was aware of her mother's unhappiness until they read her diary after her death.

"I was 23-years-old, and my life changed forever that day. My mother was my best friend, and I could not imagine a world without her in it. I felt my soul also die that day. My mother's diary revealed that she had been sad for a long time. If only she had told any of us," she wrote in a recent post. 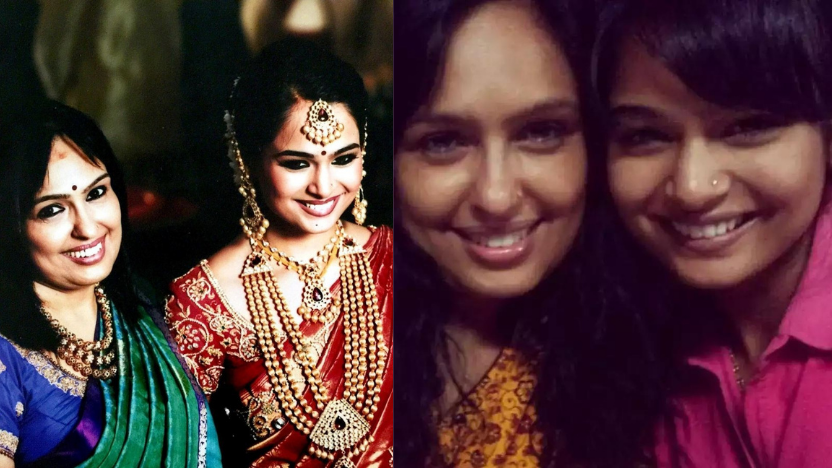 After losing her mother, Kalyani said that she too was compelled to make a similar choice, and, shockingly, no one answered when she tried to contact local helplines. Finally, her husband Rohit came to her aid.

The former actress continued by stating that, unlike her, people should have access to support when they need it, and she encouraged fans to sign a petition to have Kiran—the national suicide prevention helpline—displayed on OTT platforms in India to raise awareness of the service.

"There must be so many people out there who are trying to get help, but are not able to because no one is answering the helpline. And I want to change that. No one should lose their mother because they could not get help," her caption read.

Actress Amala Paul, who lost her father in 2017, spoke out about almost succumbing to depression alongside her mother. In an Instagram post, the actress emphasised the necessity of expressing oneself and seeking support if one is going through a challenging period.

"We start getting CONDITIONED from a very YOUNG AGE and SHUT OURSELVES through the TRAUMATIC EXPERIENCES and LOCK parts of our INNER-CHILD into these BOXES. Unfortunately, in the RAT RACE TO THE TOP, we often AREN'T TAUGHT to LOVE OURSELVES. We don't ALLOW ourselves to OPEN THESE BOXES and HEAL our INNER-CHILD from these TRAUMAS and conditioning," the actress wrote in an Instagram post.

Amala Paul and her mother were on the edge of DEPRESSION, but love and healing transformed their lives. She also expressed gratitude to her brother for being her constant source of support during this journey.

Actress Samantha is a superstar—rising sky-high in her career—who has garnered the affection and support of hundreds of thousands of fans, if not millions. However, the 'Super Deluxe' actress revealed that she was suffering from depression in January 2022.

Samantha's personal life had a setback last year when she separated from her husband, Naga Chaitanya. She's kept herself occupied since the split, but it's clear that even the bravest and strongest among them are not immune to mental health challenges.

During the inauguration of the 'Psychiatry at Your Doorstep' campaign, Samantha said, "There should be no inhibitions about seeking help when you are mentally disturbed. In my case, I was able to overcome my mental health issues only with the help of my counselors and friends."

She also stressed that seeking psychiatric help, like going to the doctor for physical issues, should be normalised.

'Varanam Aayiram' fame Sameera reddy is no longer an actress and now lives in Goa with her husband and two children. Before becoming the social influencer who discussed post-partum depression and healthy body image, Sameera struggled during and after her first pregnancy.

Sameera claimed in an interview that she was bedridden at the time due to complications with her pregnancy. As a result, the former actress gained a significant amount of weight. "I felt like I failed at myself. I let my body go. I touched 102 kg, my face was so fat, and it was the horror that somebody will look at me. And they did, like I have had people say, 'is that Sameera Reddy?'..." she expressed in the interview.

However, with the help of her husband and family, Sameera has overcome her struggles and is now a leading voice on social media championing body positivity and mental health.

Illeana D'Cruz began her career in Tamil cinema before creating a name for herself in Bollywood. She's a gorgeous actress whose most recent Kollywood appearance was in Vijay's 'Nanban.'

In 2017, the actress admitted to feeling suicidal due to depression and Body Dysmorphic Disorder, a mental health disorder in which a person worries over imperfections in their appearance.


"I was always a really self-conscious person and was picked on for my body type," Illeana said at the 21st World Congress of Mental Health in New Delhi.

"I used to feel down and depressed all the time, but I didn't realize I had depression and Body Dysmorphic Disorder until I sought therapy. All I wanted was to be liked by everyone."

Illeana's mother was her greatest supporter, and the actress eventually recovered from her struggles after embracing herself. She also reminded the audience that it's easy to think of celebrities as 'pretty, so perfect,' but the fact is that it takes a lot of time and effort to appear that way.

"Love yourself for who you are and trust me if you are happy from within, you are the most beautiful person, and your smile is your best asset," she added.