Actress Samantha has received another award for her controversial role. This is what the actress posted on her social media...

Actress Samantha Akkineni became the talk of the town after playing a controversial role in the 'Family Man 2' series.

The show's trailer created mixed reactions among the viewers over its alleged portrayal of the Eelam community in a negative light and many requested the series to be banned.

Samantha played a freedom fighter in the series and received praise for her daring role upon the show's release. Later, the actress won the 'Best Performance Female In Series' at the Indian Film Festival of Melbourne 2021.

Now again, Samantha has won another recognition for her role in that series. The actress has been conferred with the 'Best Female Lead Of The Year' award at the OTT & Digital Marketing Innovation Awards 2021.

The actress shared the happy news on social media with a caption that reads: "Yayyy the gift that keeps on giving." Check out her post here: 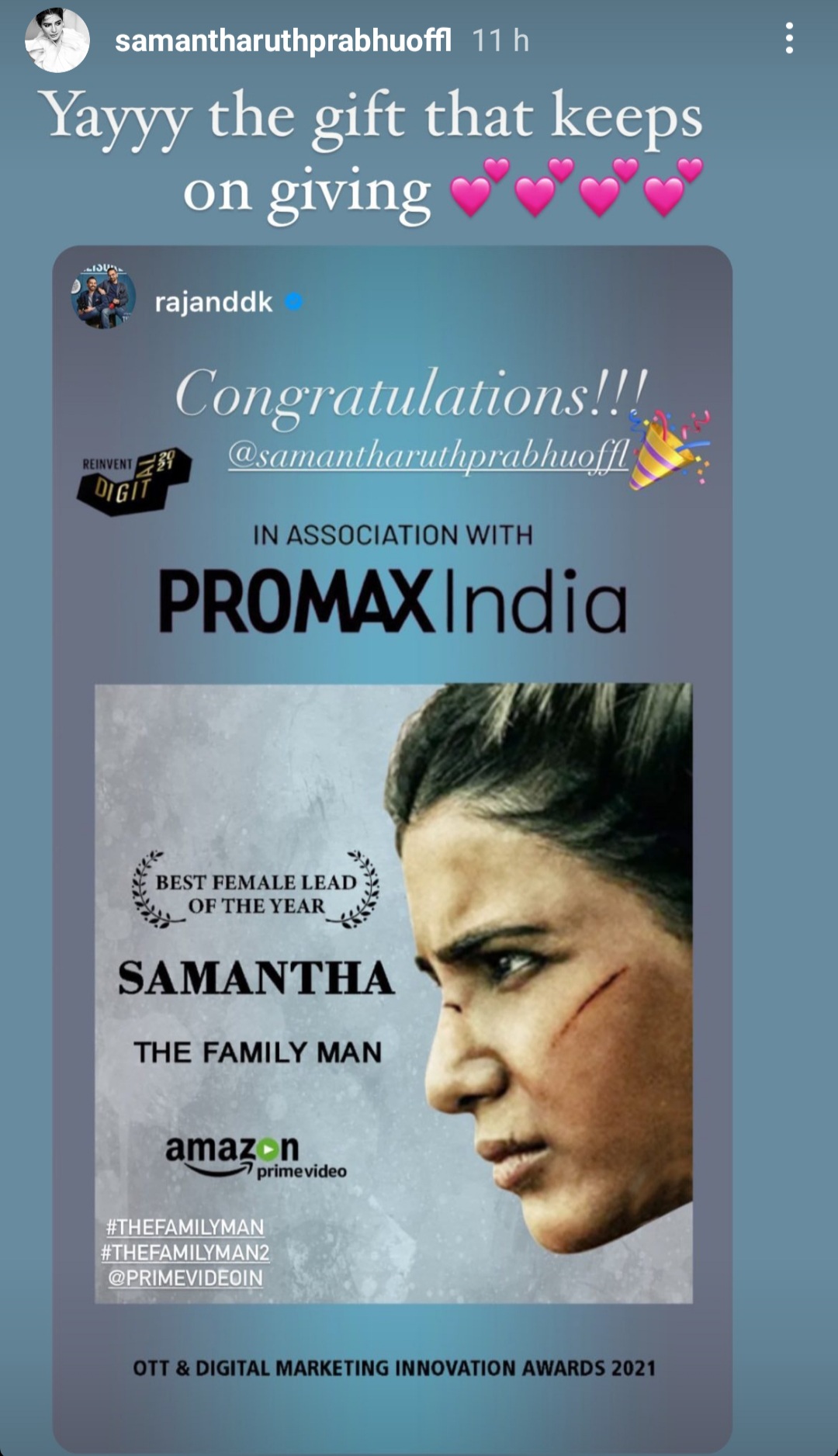