This is what Archana posted on her social media...

Archana is a recently eliminated Bigg Boss contestant, who was criticised on the show for forming the 'Anbu Group' and targeting one particular contestant.

The host who just returned to her daily life has started interacting with Bigg Boss viewers on social media, and also addressed the hatred she was receiving.

One commenter even pointed out that Archana who was preaching about love to everyone failed to show love to Aari who was cornered in the house.

In the end, one of the commenters asked Archana not to blame it on Vijay TV's bad editing for Aari's good & Anbu gang's bad portrayal. 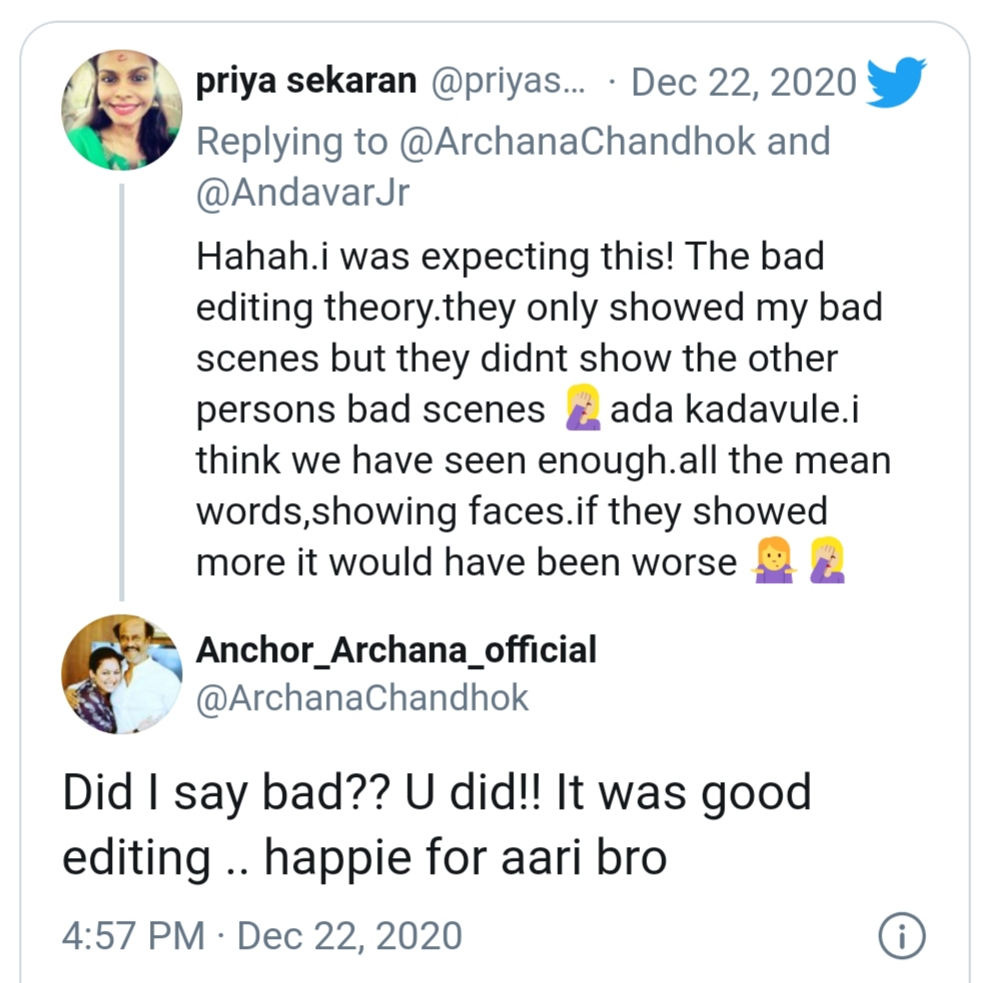 Archana replied the comment sarcastically by saying it's not bad editing, but it's good editing.

She further defended her group by saying the truths will unfold.