Guess Which Kollywood Celebs Are A Part Of Avengers: Endgame

Avengers: Endgame is hitting theatres on 26th April and we have awesome news for Tamil-speaking Marvel fans around the world.

This year's most awaited movie, Avengers: Endgame, is hitting theatres on 26th April, and we have awesome news for Tamil-speaking Marvel fans around the world.

It was revealed earlier that AR Murugadoss was working on the Tamil script for the dubbed version of Avengers: Endgame.

What's even more exciting is that the Tamil version of Marvel's Endgame anthem is composed by AR Rahman, and was released earlier this week at a Marvel fans event attended by Vijay Sethupathi and Andrea Jeremiah. 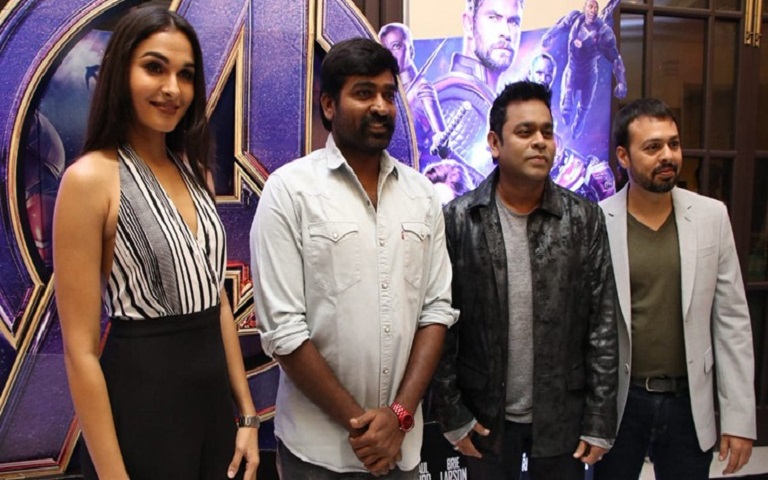 The Hindi version of the Marvel anthem was released at a similar event attended by AR Rahman and the director of Avengers: Endgame, Joe Russo.

Check out the Tamil anthem of the movie:

K.S Ravikumar talks about the making of Varalaaru; reveals the inspiration behind Ajith's Bharathanatyam role in the movie...