Late actress Vijayalakshmi, popularly known as Silk Smitha, has been gone for decades but she has not been forgotten by the Kollywood fraternity and her loyal fans. The actress who hailed from a humble beginning turned into one of the most admired actresses of her generation before ending her life tragically.

Silk Smitha had a troubled childhood where she had to drop out of school due to poverty and was married off at the tender age of fourteen. Her life turned sour after she was subjected to domestic abuse, and the actress managed to break free from the troubled marriage.

Later, she learned to dance, joined the cinema industry as a touch-up artist, and turned into an actress who's well known for her dancing skills. Between the 80s and the 90s, every director incorporated an item song featuring Silk Smitha, as her screen presence was pull a crowd to the cinema.

Despite being a sensation at that time, the actress failed to get the happy life she deserved. Due to depression caused by financial burden and multiple failed relationships, the actress ended her life in 1996, at the age of 35. Check out the actress's suicide note written before her death (translated by Vellinakshatram Magazine & Silver Star Magazine in 1996): 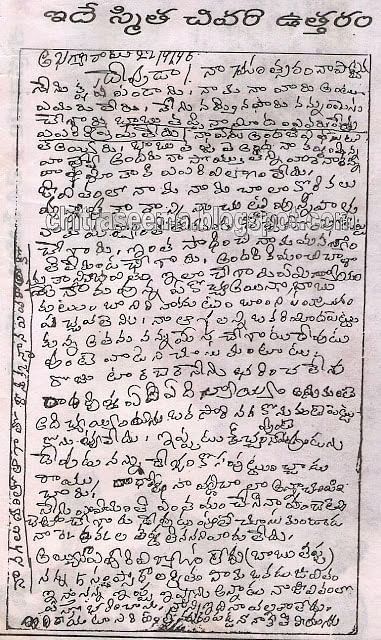 “Only I know how hard I worked to become an actress. No one loved me. Only Babu (Dr. Radhakrishnan) treated me with a little love. Everyone would exploit my work. I have so many desires in life.

There is also a desire to fulfill them all. But I have no peace wherever I go. Everyone’s actions were disturbing to me. Maybe so, death fascinates me. I have done well for everyone. And yet my life is like this? God, what is this justification? I have to give half of the property I earned to Babu. I loved it so much, loved it, and sincerely. I just believed that he would not cheat on me. But he cheated on me.

If there is a God, He will surely be punished. I could not bear the abuse he did to me. It hurt me every day. They think that what they are doing is fair. Babu is also in the group. He did not return the jewelry he bought from me. It doesn’t matter if I’ve lived anymore. Why did God create me? Ramu and Radhakrishnan tempted me a lot. I have done so many good things for them. But they were pushing me to my death.

Lots of people used my body. Many have taken advantage of my work. I do not thank anyone except Babu. For the past five years someone has been saying that he would give me a life. Do you know how much I longed for that life? But when I realized that it was all just words, I was exhausted. I can not stand it anymore. I found it very difficult to write this letter. I’m not even buying the jewelry I love. Who’s going to get it now? I do not know … “
#Kollywood#Entertainment#rip#deathnote#silksmitha