Have You Seen Director Mani Ratnam and Suhasini's Only Son Nandan?

Director Mani Ratnam and Suhasini's only son is not interested in films. This is what he loves doing...

Mani Ratnam is an award-winning director who is currently working on the magnum opus 'Ponniyan Selvan' - a movie based on a novel by Kalki Krishnamurthy depicting the story of Raja Raja Cholan. His wife Suhasini is a famous award-winning actress in the 1980s.

The couple got married in 1988 and has a son named Nandan. Last year, Suhasini posted a video of Nandan self-quarantining at home after his return from London:

Nandan is taking a different path from his parents who had successful careers in films. In an earlier interview according to India TV, Suhasini revealed that her son is interested in becoming a politician and that he is currently studying politics.

It's believed that Nandan wrote a 15-page booklet on Lenin called Contours of Leninism, which was later turned into a book at the age of 15. Nandan is featured on University of Oxford's official website as one of its students.

Here's what the page says: Nandan Mani Ratnam is a third year doctoral student in theology at Christ Church, Oxford. His research focuses on Immanuel Kant's conception of human dignity and theological responses to it in the twentieth century. From the city of Madras in South India, he was educated at New College, Edinburgh before coming to Oxford. His other academic interests include German Idealism, political theology and the Frankfurt School. 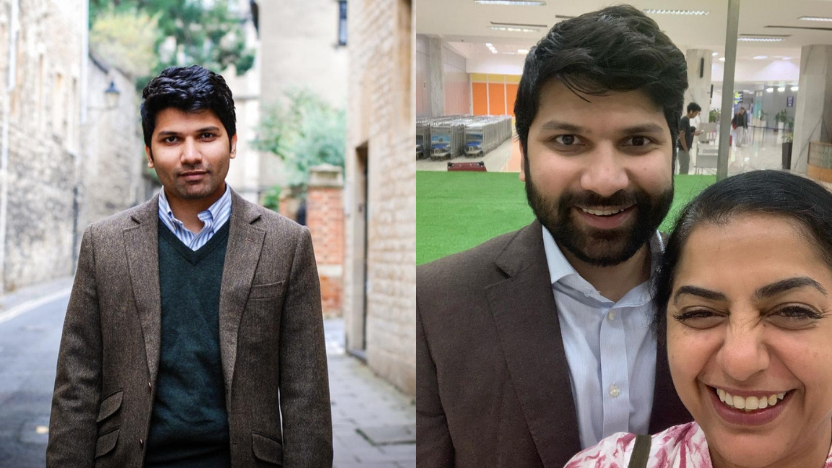