It's believed that director K. Bhagyaraj still wears the ring his first wife gifted him. What happened to her?

K. Bhagyaraj is a famous Tamil actor and director who gave many memorable and hit films in the 1980s. He's known for his works as an actor-director in films like Mundhanai Mudichu, Mouna Geethangal, Thooral Ninnu Pochu, and Chinna Veedu.

In many of his interviews, Bhagyaraj attributed his success to his first wife the late actress Pravina. She debuted as an actress in Kamal Haasan's 1976 film 'Manmadha Leelai'. Later, she took up many leading and supporting roles, most notably in Rajinikanth's blockbuster hit film 'Billa'.

During their initial days in the film industry, it was said that Bhagyaraj and Praveena struggled and she supported him by teaching Tamil. When Bhagyaraj couldn't meet his ends, Praveena advised him to get back to his family. He left Chennai with the promise that he will be back to make it big in films.

But soon, Bhagyaraj was diagnosed with an ulcer and returned to Chennai only to land his life-changing opportunity to work in Bharatiraja's '16 Vayathinile'. While rising as actor and director, he met his lover Praveena again and got married in 1981. However, their union didn't last long as Praveena died two years later at the age of 25 due to jaundice. 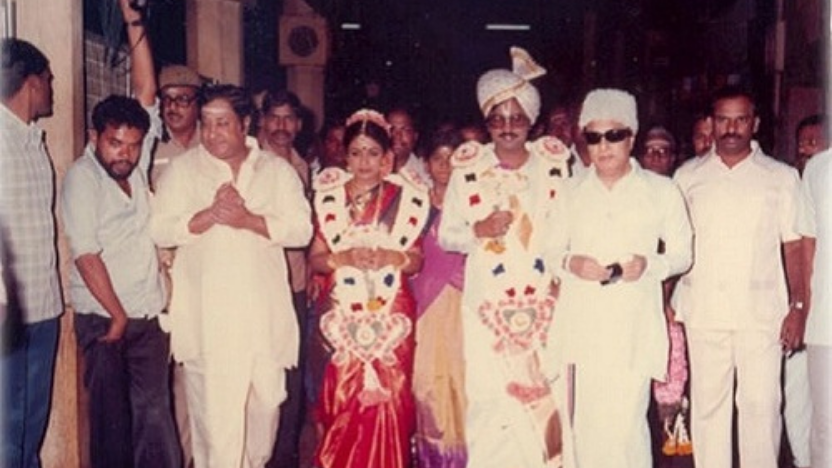 Less than a year after her death, Bhagyaraj remarried another actress named Poornima with whom he has two children, Saranya and Shanthanu. The couple has been married for over 37 years.

But, it is believed that Bhagyaraj still couldn't forget his first wife who stood by him during the tough early years in cinema. He wears a ring presented by Praveena till today and reportedly has a picture of her on his office desk.

Perhaps it's true that there's a tale of pain behind every creative genius.