Sid Sriram took the world of Indian music by storm with his back-to-back hit songs after his film debut in 2013 with Kadal's 'Adiye'.

While he's usually recognised as a playback singer with a massive fan following, the 29-year-old is also a songwriter and music producer who has released his own album, Entropy. 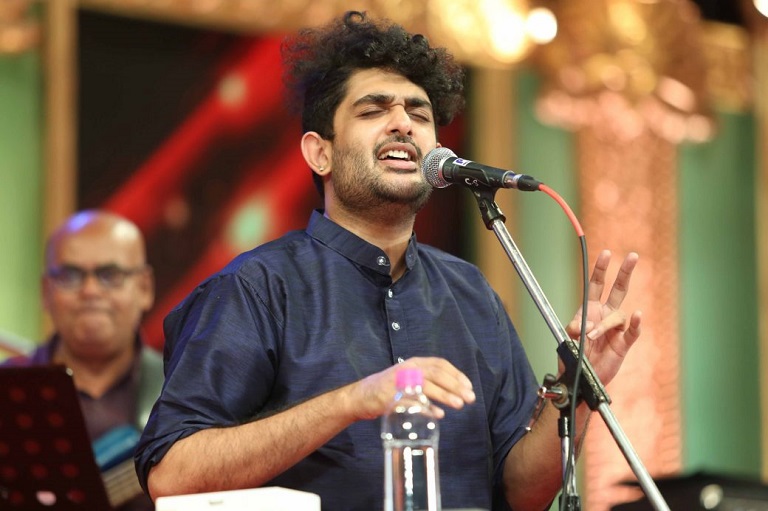 Spotted by AR Rahman, he's known for his soulful melodies and contemporary music. In his fourth and most recent concert at Kuala Lumpur, he entertained the audience with some of his famous songs, tracks from his albums and his favourites composed by the music legends Ilayaraja and AR Rahman.
The concert was a rollercoaster with highs and lows that was a lot of fun!

Check out 4 times Sid Sriram stole our hearts during his stage performance at the 'Heart & Soul' LIVE at KL concert:

That man was high, on music! For three hours, without a break, he was his most energetic self. Singing, dancing, shouting, connecting with the audience, it was a sight to behold. We particularly loved his ecstatic yogi-like movements during his performance.

Performing his tracks from Entropy, the singer reflected his deep respect and influences in Carnatic classical music and western music.

3. His Reaction to Drums vs. Mirudhangam

Music battles are really fun to watch, and on Sid Sriram's lead, two of his band members went head-to-head! It was the drums against 'mirudhangam' and Sid Sriram's amusing reaction to the battle was hilarious.

Between numbers, Sid Sriram made sure to explain the significance of the songs in his life. Those short glimpses into his thoughts gave more meaning to his performances.

The amount of energy carried by him, can’t put into words. You have to be there and feel it!!!! @sidsriram ? Heart & Soul with Sid Sriram LIVE @ Kuala Lumpur - 6th July 2019 by @woodmarkevents ?: @balaganapathiwilliam #BGWstudios #musicband #liveprformance #sidsriram #singer

To conclude, the concert was a bomb. While there were times we had trouble keeping up to his flow and energy, the singer made sure he gave his all for the show!

Dhanush Dedicates a Classic Ilayaraja Song for His Sons!

Actor Dhanush was photographed with his sons at a public event for the first time!

Astro customers will be in for a treat with a live virtual concert, featuring a star-studded line up of international, Korean and local artistes on 25 September at 8.30PM on Astro 25 (Channel 100) on TV and Astro GO.