This Is How Actress Vidyu Raman Responded To Fat-Shaming Comments!

This is what atress Vidyu Raman posted after receiving fat shaming comments on social media...

Actress Vidyu Raman used to appear in movies playing comedy roles, but now her hard work has paid off as the actress has signed movies to play female lead.

The actress who used to be plus-sized previously is striving towards a healthy body and a lifestyle. She has lost a staggering 20kg from the day she has started working out with her fiancee.

However, the actress revealed how she's being fat-shamed despite her efforts to transform and adopt a healthy lifestyle. Even after losing 20kgs, some still comments saying that they are getting earthquakes when she dances.

"I'm not here to please anyone but myself. I've burnt 500+ calories today. What have you done other than feeling insecure behind a keyboard and spread hate?" questioned the actress. Check out the posts here: 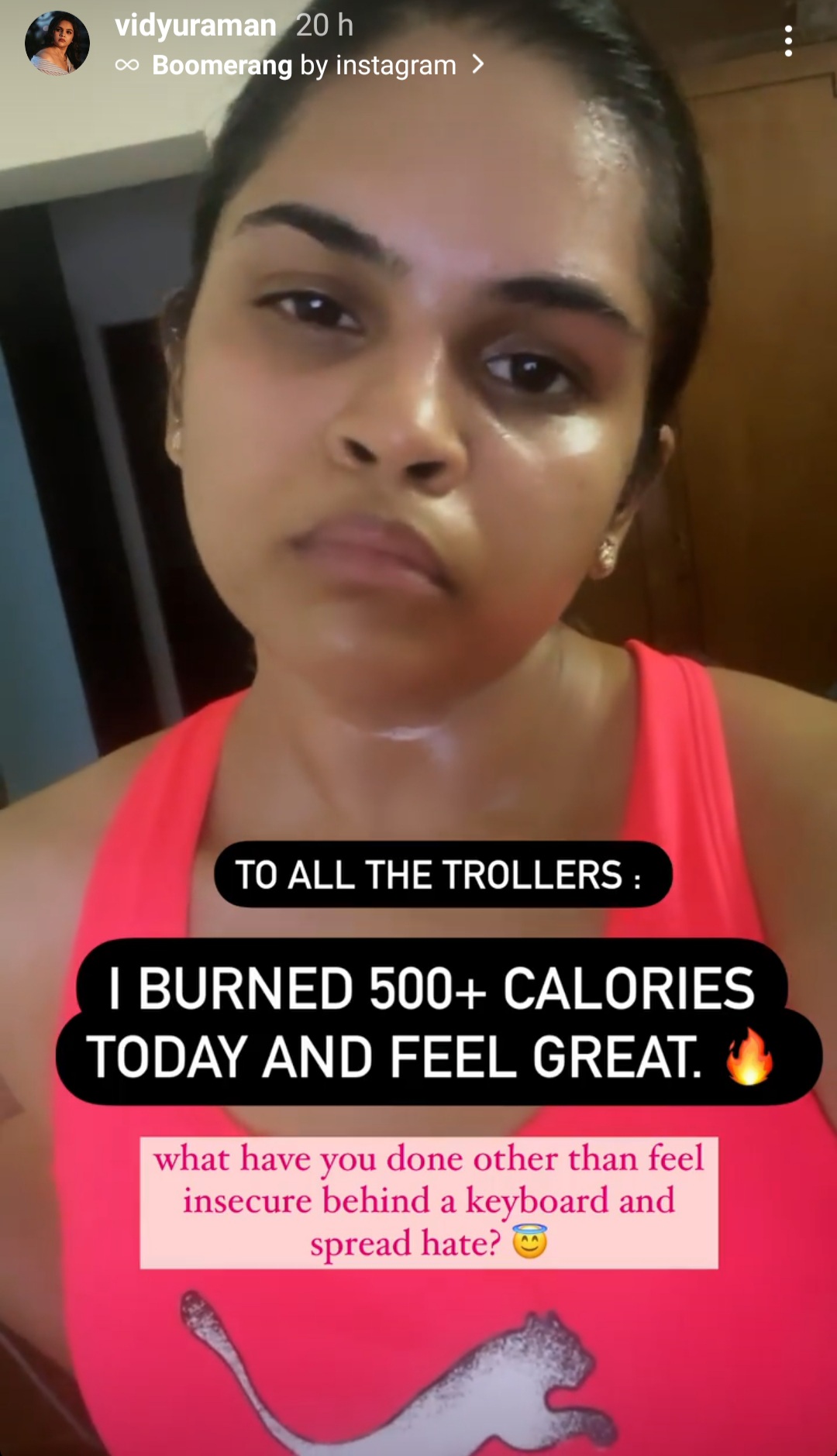