"I Finally Did it!" - Former Actress Richa Gangopadhyay is Back?

"I Finally Did it!" - Former Actress Richa Gangopadhyay is Back?

SIDAMBARAM, Kirthiga
Former actress Richa Gangopadhyay was a rising star back in the 2010s. She captured the hearts of Tamil cinema lovers with characters like 'Yamini' in Mayakkam Enna and 'Neduvaali' in 'Osthe'.

She came from the US to try her luck and make it out as a cinema star. Little did she know that she will become a sensation after working on her first few films.

Despite her rising popularity and incredible acting, Richa decided to quit the film industry and went back to the US to pursue her MBA. Soon, she got married and settled in Oregon.

For awhile after her exit from Kollywood, the former actress had accounts on Twitter and Instagram. But after constant harassment from her followers asking reasons of her decision to quit, Richa deleted her Instagram account and occasionally took a break from Twitter.

However, after years of contemplation, she finally decided to start a new Instagram account during the COVID-19 lockdown period to engage with her fans more. Here's what she said about opening a new account on Instagram: 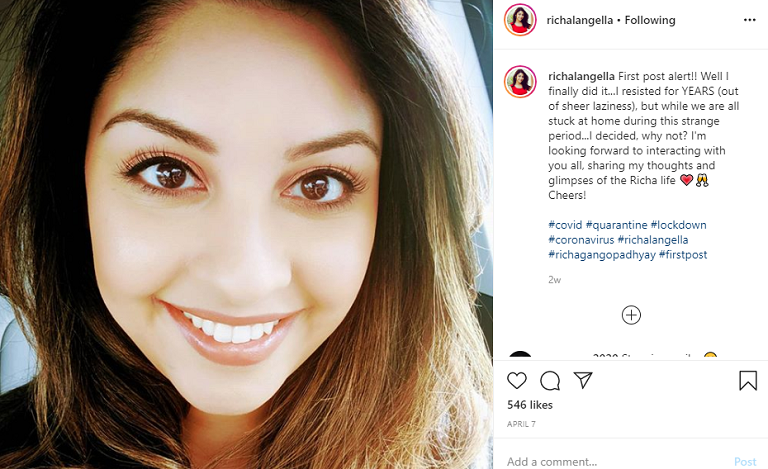 Through her posts, Richa has been revealing bits and pieces about her life in the US.