"I Will Lose Weight" - Actor Abbas Talks About His Recent Viral Picture!

Here's how the actor reacted to trolls about his weight gain..

Actor Abbas was a leading actor in the 90s, who settled down in New Zealand years back.

The actor who shared his recent picture on Facebook became the victim of constant trolls and memes.

Abbas who used to be the heartthrob of girls in the 90s, gained weight and looked different from how he used be during his younger days.

The actor took social media to reveal an incident where his colleague sent him a clip from his hit movie 'Kadhal Desam' to point out that they look alike. Check out the post here: 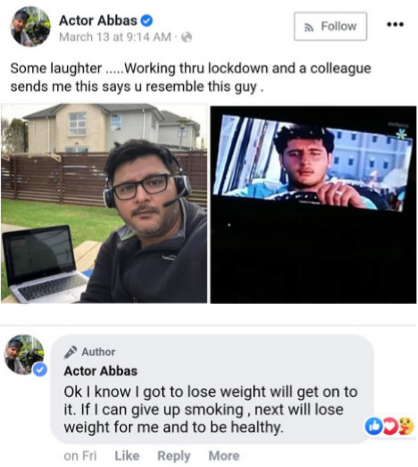 But what supposed to be a funny incident turned otherwise when Abbas was trolled for his weight.

Following the trolls, Abbas interacted with his fans and accepted the criticisms positively. He further agreed to lose weight and stay healthy.

Check out the video here: