South Indian celebrity couple Samantha Ruth Prabhu and Naga Chaitanya has finally announced their separation after weeks of speculations. The actors tookto social media to announce that they are parting ways as husband and wife.

While the news came as a shock to their industry mates and fans, Bollywood actress Kangana Ranaut indirectly slammed Naga Chaitanya for being the reason for the divorce.

In the actress's recent Instagram posts, she claimed that Naga Chaitanya's Bollywood acquaintance is the reason behind the divorce, whom she referred to as a 'divorce expert'.

Many are speculating that the Bollywood superstar she referred to is none other than Amir Khan who recently divorced his third wife. Check out the actress's posts here: 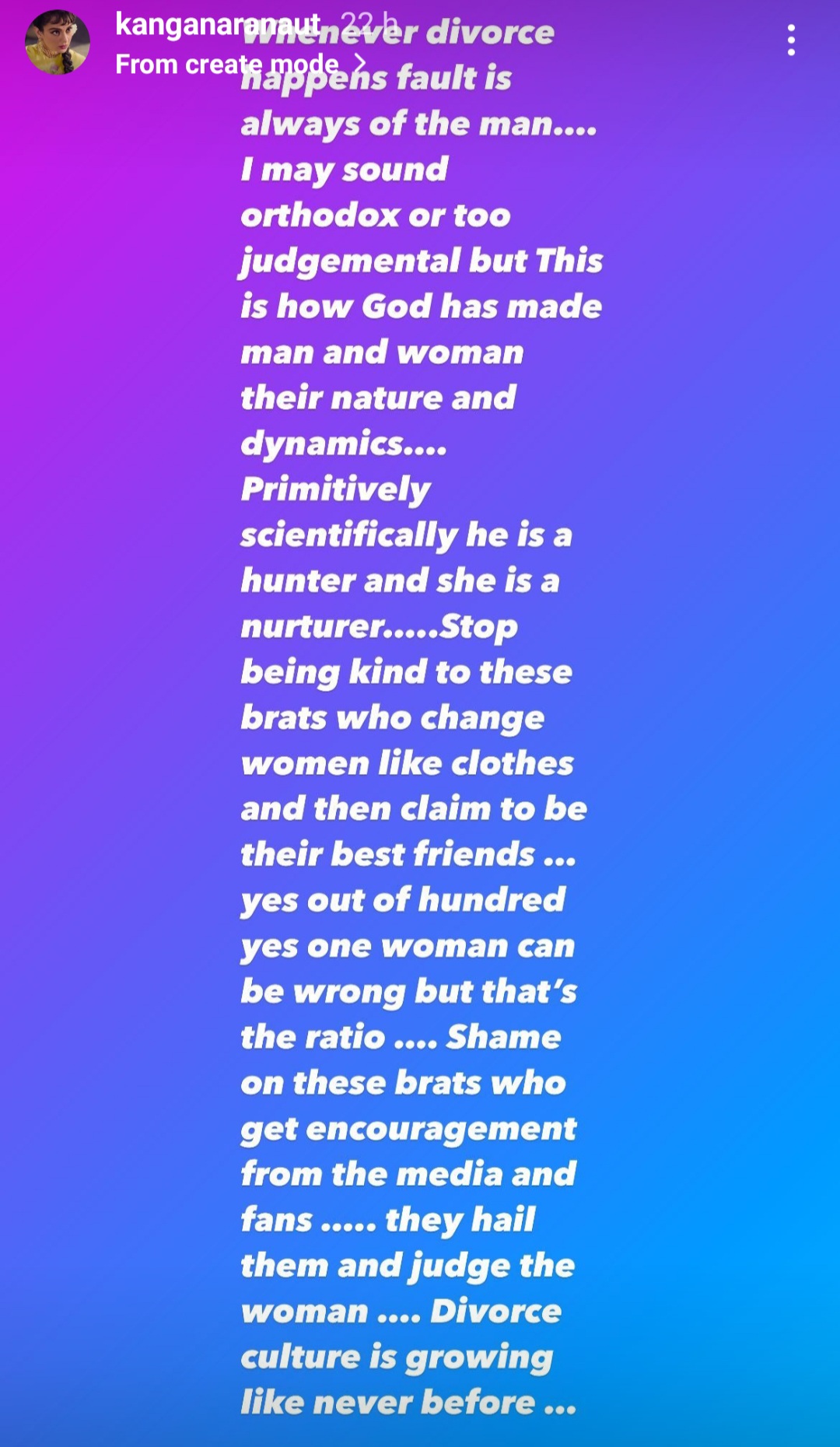 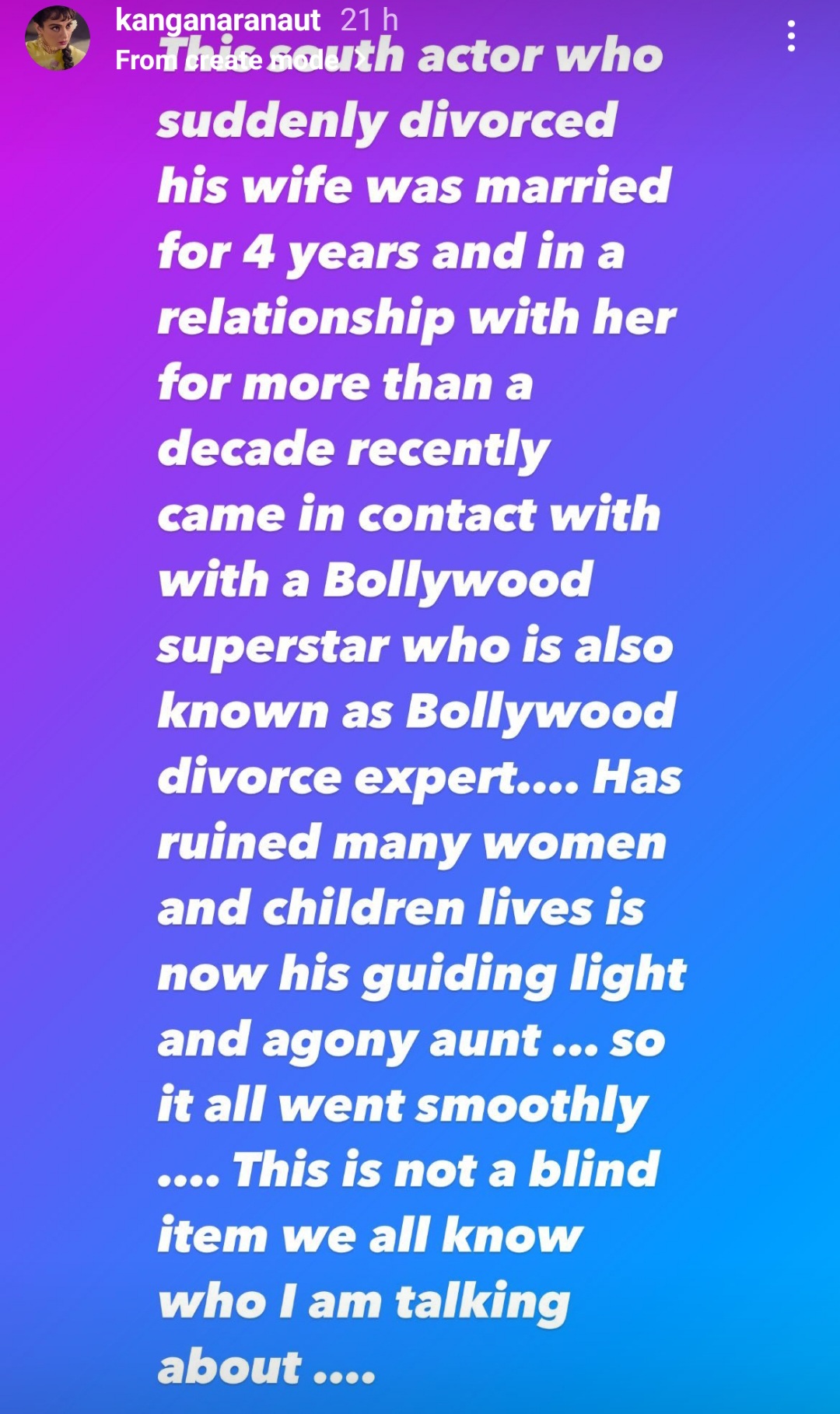