This Little Kid With Vijay Is Now A Famous Serial Actress!

This little girl is acting in this famous serial now...

mag
Actor Vijay is one of the leading actors in the Kollywood film industry.

Now in a social media post, it was revealed that it was 'Idhayathai Thirudathey' actress Hima Bindhu, also known as Sahana in the drama, who was posing in the picture with the actor Vijay.

In the old post made on Vijay's birthday, the actress revealed that there's a story behind the lovely picture. 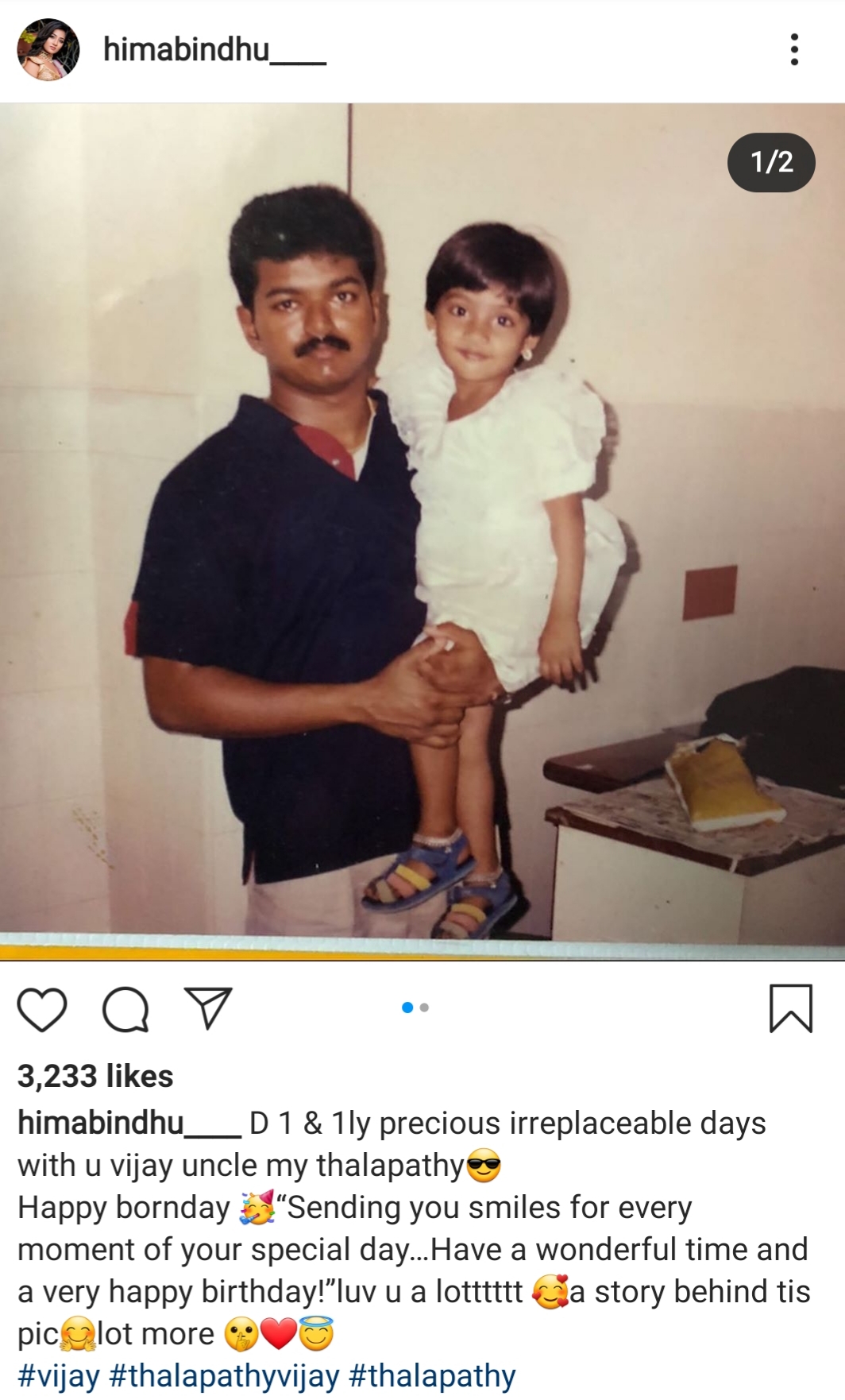