SIDAMBARAM, Kirthiga
We all know the story of Superstar Rajinikanth's blockbuster movie 'Padayappa'. Betrayed by his relatives, Rajinikanth's family seek refuge in the only land they own. But, to their surprise, the hill on the land is made of granite that makes him rich.

Rajinikanth heloa the poor and needy with his new-found fortune. Similar to the story in the film, a man from Tanzania named Saniniu Laizer becomes an overnight millionaire after selling two Tanzanite gemstones that weighed around 15kg. 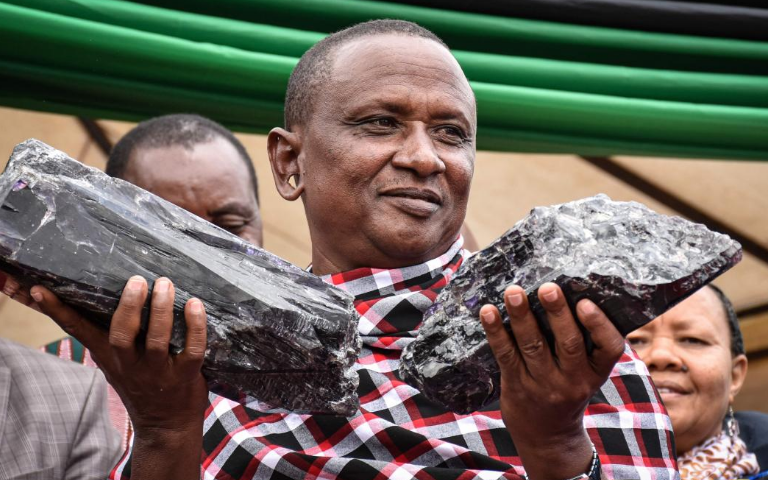 The miner received $3.4m (RM 14.6 million) from the mining ministry. Tanzanite is one of the rarest gem stones in the world and is used to make ornaments or jewellery. Geologists claims that the gem stone cannot be found in another 2 decades.

Talking about the money he made from the sale, Saniniu said, "I want to build a shopping mall and a school. I want to build this school near my home. There are many poor people around here who can't afford to take their children to school. I am not educated but I like things run in a professional way. So, I would like my children to run the business professionally.”

It's surprising to witness Superstar Rajinikanth's movie plot comes into life for this Tanzanian man.