This is what Bigg Boss Gayathri Raguram said after Vishal shares his two cents on the trending school harassment issue...

mag
An unexpected sexual harassment at the PSBB school, Chennai which came to light recently has started a heated debate among netizens.

Actor Vishal is among the artist who voices out that harsher punishment should be taken against the school and the accused to prevent such incident from happening again:

The Sexual Harrasement by a Teacher from #PSBB makes me cringe & realise that the School should be shut, not once anyone has apologised to the Students/Parents affected, such crimes should be taken really harshly,

I request my friend @Anbil_Mahesh to take strong action pic.twitter.com/jF2MfehyuN

However, Bigg Boss fame Gayathri Raguram slams Vishal for his recent tweet on this issue saying that the actor should focus on the issue affecting actresses and newcomers in the movie industry.

Gayathri also accuses that many women's have been affected by Vishal and his friends, and they literally run away from him. Check out her posts here: 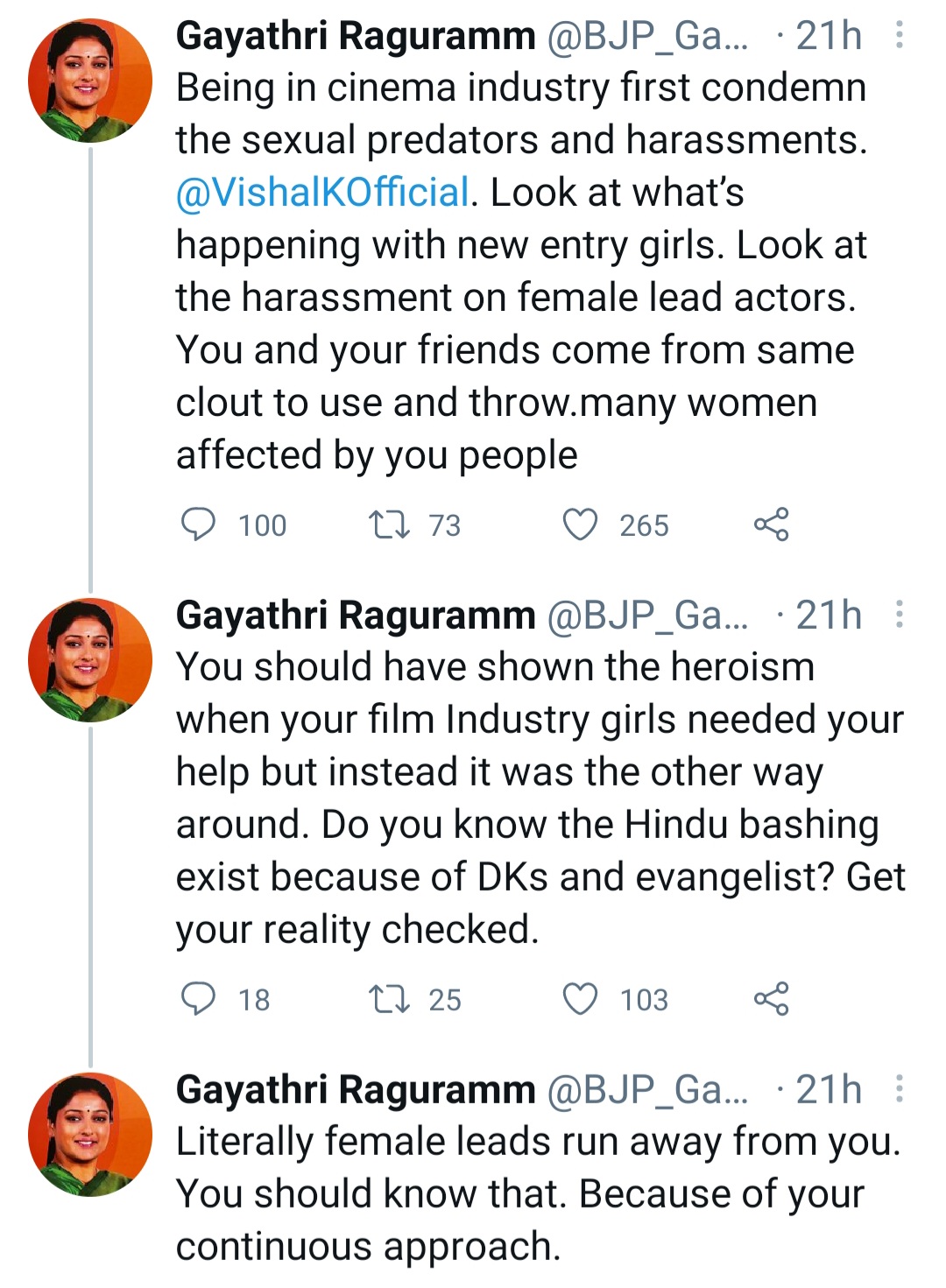