The episode on Sunday ended with Fathima Babu leaving the Bigg Boss house.

The episode on Sunday ended with Fathima Babu leaving the Bigg Boss house. Kamal Hassan was clearly disappointed with Fathima’s early eviction as he expected her to stay longer.

1. Vanitha showers her angst onto Abhirami for choosing to eliminate Meera over Madhu! While everyone else in the pack never had any fights with Madhumitha, it was Abhirami they were defending. Vanitha felt betrayed and she convinced the rest (Sakshi, Reshma and Sherin) that Abhirami has been actually playing games with them. She went on to express her disappointment and distrust to Abhirami directly. 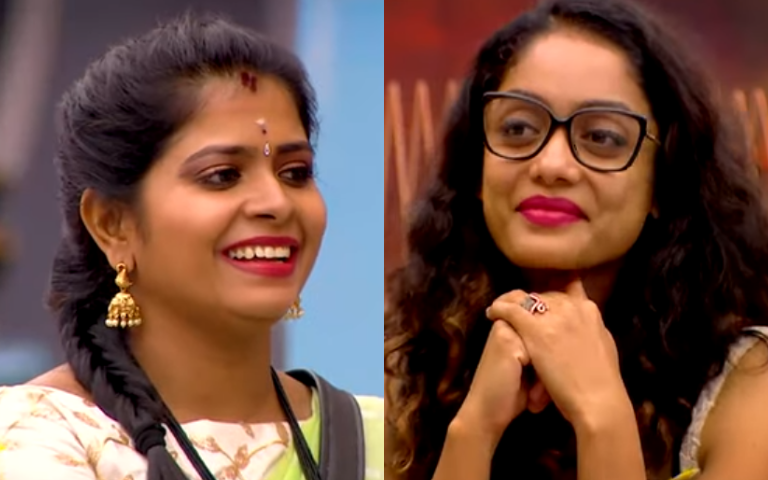 2. Cheran is slowly becoming housemates’ favourite! In a session with Kamal, the housemates are asked to choose one person to save from the eviction. Most of them chose Cheran as he is seen as the wise man with solutions and the experience to face the problems in the house.

3. Kavin gets questioned! “Who do you actually love in the Bigg Boss house?” Kavin was clearly shocked. While there has been a lot of drama in the house, a random caller who was given a choice to question any of the housemates, chose Kavin. Kavin revealed that he didn’t love anyone and is just playing around to entertain the audience. 4. Tharshan will go to the finals, Fathima Babu claims! Tharshan has been pretty close to Fathima Babu and her departure has affected him more than anyone. She had only good things to say about him when Kamal asked. She hopes, expects and believes that he will reach the final episode.

5. Mugen captures the hearts of the housemates. Everyone in the Bigg Boss house literally likes Mugen and values his friendship. Even Fathima Babu spoke about Mugen with great regard. She explained how Mugen has a clear direction and won’t be easily influenced by anyone. 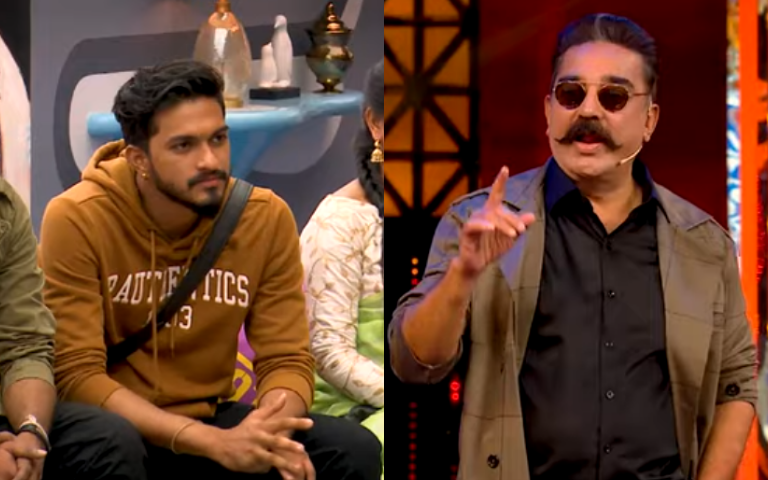 6. Kamal got impressed with Fathima Babu’s analysis of the housemates. Fathima Babu has observed everyone in the house so well that even Kamal wishes to seek advice from her hereafter. "I think I'm going to call you every week to ask about the contestants. Your analysis is top-notch,” he said.

7. Fathima Babu nominates Abhirami, Sandy and Tharshan to be the leader. As the evicted housemate of the week, Fathima Babu was given the power to nominate 3 candidates for the leader’s position. She beautifully explains the reasons why she chose the three housemates.

Moment of the Day:

“It's literally more than backstabbing. I don't think I'll stand by your side if you have any problems after this. I don't trust you anymore!”

It’s the moment where Abhirami faces the anger of Vanitha! Vanitha can be downright cruel with her words if she feels someone is in the wrong, even if it’s her own friend. Their heated argument saw the break of the ‘pack’ where everyone else has turned against Abhirami and think that she’s officially playing the ‘game’! 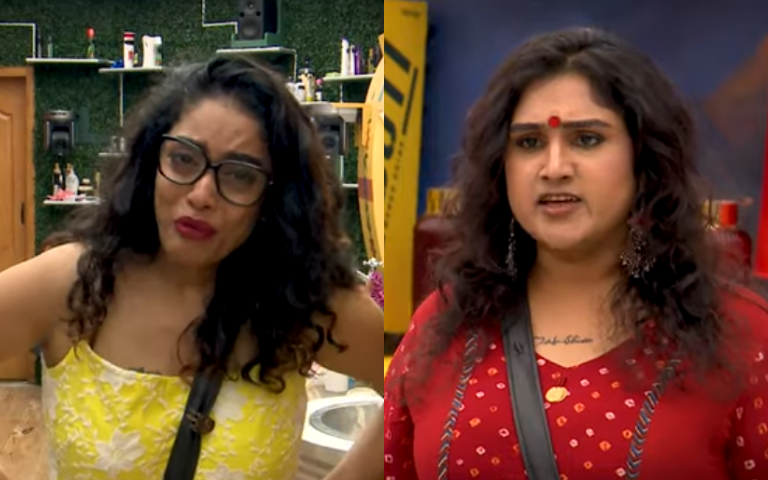 What You Might’ve Missed:

Kavin has realised his mistake and he’s a bit shaken. While he hasn’t been trying to make any drastic changes, we expect to see his behavior change after this episode.

Vanitha might be playing the game. After realising the support Madhu has from the audience, Vanitha wants to put all the blame on Abhirami and make it clear that she never had any real problems with Madhu in the first place.

Not only the audience, even the housemates feel the dominance Vanitha has over everyone else. Vanitha is so dominant that everyone is judged based on how they react to her. Those who go against her are active, those who are with her are passive and those who choose to stay away from her are labelled as neutral.
Do you think Abhirami is playing games with her friends in Bigg Boss?
Created with Poll Maker
Photo Credit: Vijay TV
#Kollywood#Entertainment#BiggBoss