Why fans are worried that Pandian Stores Kumaran might leave the show? Here's what we know...

SIDAMBARAM, Kirthiga
Pandian Stores is one of the hit serials of Vijay TV, thanks to the on-screen couple Kathir and Mullai. Dancer-turned-actor Kumaran plays the role of Kathir while late VJ Chitra played the role of Mullai before her unexpected passing in December last year.

Following Chitra's death, actress Kaavya Arivumani replaced her and the show has been going on without any trouble. However, since Chitra's passing Kumaran is said to have contemplated leaving the show. But he proved them wrong by staying on and playing his character Kathir.

But, the rumors started resurfacing again when Kumaran got emotional and posted Instagram stories after the telecast of Vijay Television Awards 2021. Take a look: 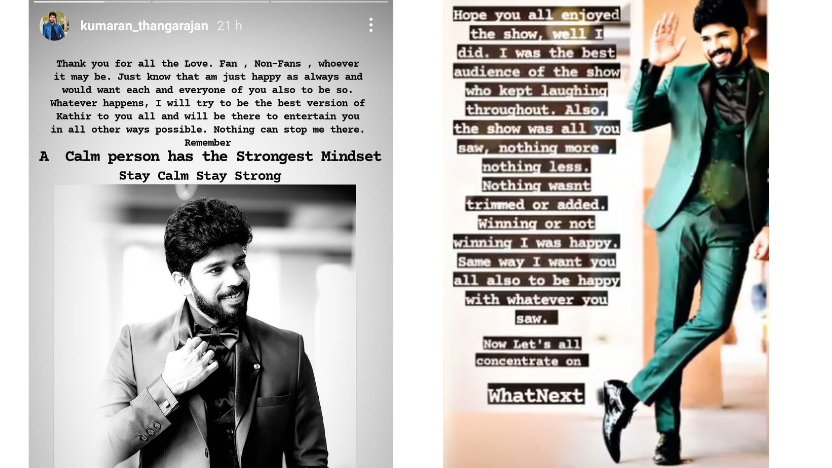 The rumors have made his fans sad because they can't afford to lose the beloved character Kathir. It will be a blow for the show which has already lost its backbone VJ Chitra.

Do you think Kumaran will eventually leave the show? Let us know in the comments...