Actor Yash took the South Indian cinema industry by storm with his portrayal of the power-driven, anti-hero Rocky in the blockbuster Kannada film K.G.F: Chapter 1. The actor is now shooting for the second installment of the film.

It's been barely a year since the birth of his daughter Ayra and now to add more joy into their family, his wife actress Radhika Pandit gave birth to a baby boy at private hospital in Bangalore. 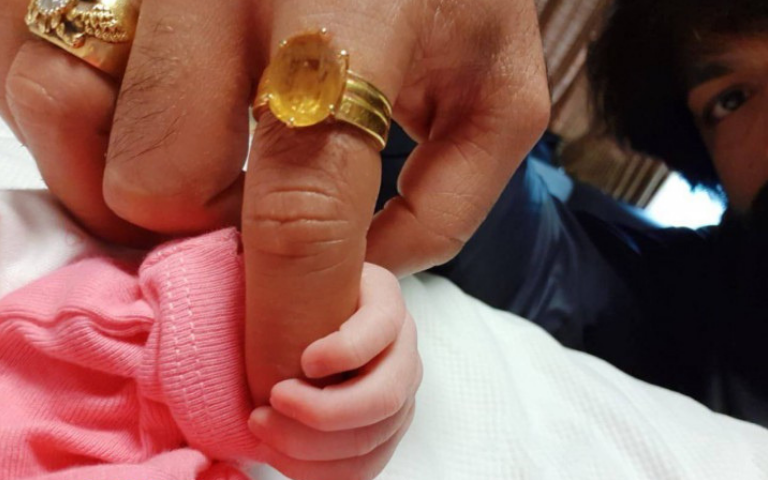 There hasn't been any official confirmation about the news from the family, however,Yash is expected to announce the new arrival of his son soon.

The couple first met in a TV show 'Nandagokul' and were friends for 10 years before getting into a relationship. They dated for another six years before tying the knot in 2016.

Most recently, the adorable family conveyed their Deepavali wishes with Ayra trying to greet everyone with her own baby language. Take a look:

It's our lil one's first Deepavali.. it couldn't get anymore special. HAPPY DEEPAVALI from us to you all.. oh and Ayra had something special to say too.. u got it? ? Have a safe and blessed one ?