SIDAMBARAM, Kirthiga
Thalaivar Rajinikanth is South India's biggest star with a massive fan following. The megastar ranks as the second highest-grossing actor, only behind the legendary actor and politician MG Ramachandran.

Rajinikanth is happily married to Latha Rangachari, whom he met while filming 'Thillu Mullu,' a romantic comedy. On the film set, Ethiraj College's English literature major Latha interviewed Rajinikanth, who was already a big star back then.

By the end of the interview, he asked Latha's hand in marriage, and the rest is history. Rajinikanth's wedding reception invitation from 1981 just emerged on the internet, and fans have gone gaga by how stylish Superstar looks alongside the stunning Latha. 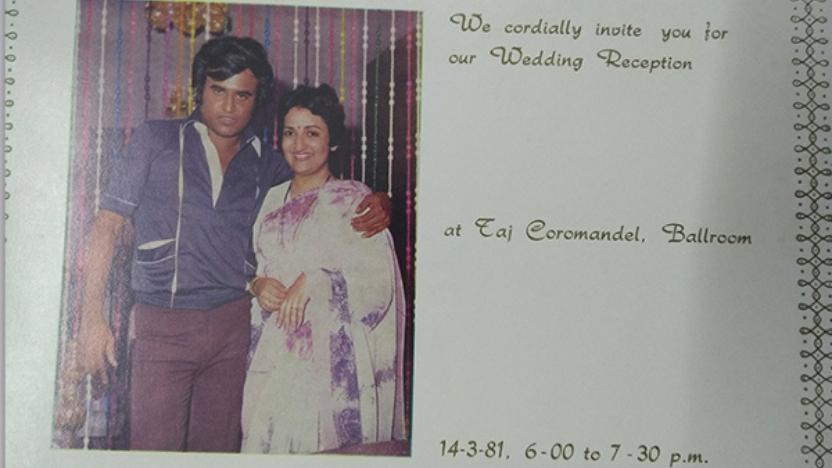