Politician Who Won Against Kamal Haasan Boast About Valimai Update!

The politician was slammed for her tweet after filmmakers released the highly anticipated Valimai update...

Ajith fans who constantly asked for Valimai updates for the past two years are finally overjoyed after the movie makers released the motion poster and several first look posters days back.

Now politician Vanati who promised Valimai update as one of her election vows has put up a tweet saying the update is here after her win.

Vanathi who contested against actor Kamal Haasan, won against him with a small margin. However, her latest tweet was not received well among the netizens who slammed the politician in return.

Some posted that the politician should tweet such a way after solving people's problems, and not for some movie updates. Check out her tweet here: 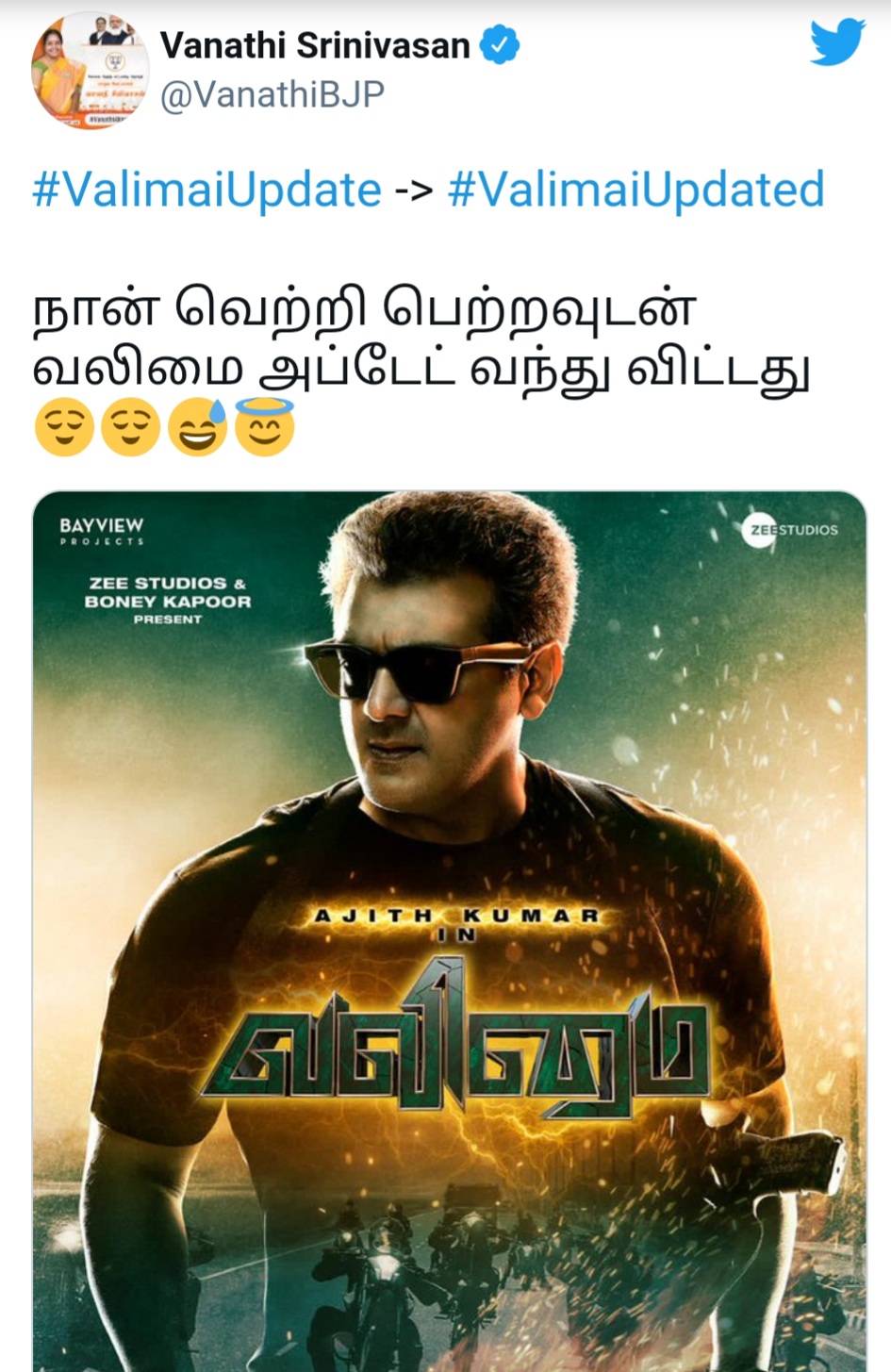